A Spirit of Chastity Grant Unto Me Thy Servant

From the Lenten prayer of St. Ephraim of Syria 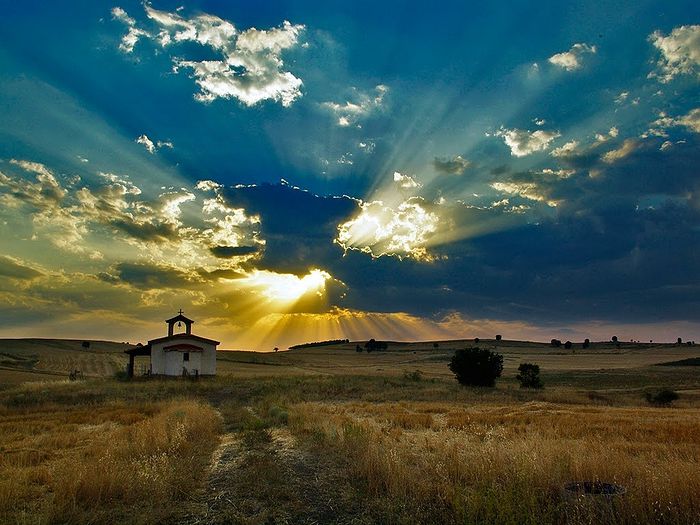 In the second part of the prayer of St. Ephraim of Syria, we read the words “...A spirit of chastity... grant unto me Thy servant!”... To Orthodox Christians, this concept of целомудрие [lit. whole-mindedness], rendered in English as “chastity,” is an extremely important one 1) in Theology, 2) in the social realm of ecclesiology, i.e. in teachings on the Church, 3) in the realm of their Weltanschauung, the way in which we perceive the world, and finally, 4) in teachings on man.

Orthodox chastity in no way admits the Roman Catholic teaching as to Peter’s authority over the other Apostles or the Pope’s authority over the Church. Each of the Apostles is endowed by Christ with individual authority, apostolic meaning, not individually, but with all of the other Apostles, in the ENTIRE Apostolic COUNCIL. According to Orthodox teaching, the Church’s hierarchy, its priesthood, and its teaching office, all proceed from the UNITY of all in Christ. Before the priesthood as organization comes the priesthood of all Christians. The royal priesthood of the people of God (Peter 2: 9) pertains to the entire Church as the body of Christ. The entire Church is the “fullness,” and from out of that fullness comes the specific vocation, and specific function (and not authority) of hierarchical service. But the Church in its ENTIRETY comes before the hierarchy, and not vice versa. This is the целомудрие, the chastity of Orthodox teaching with respect to the Church. One should add that the Church is not only one in its Sobornost’, it also is only ONE.

There is but one mystical Body of Christ, but one Bride of the Lamb. In our era of ecumenical movements, when there is talk of unification of the Christian world, discussion can proceed only from the fact that Christ founded the ONE Church. Various Christian confessions can be united only if that unity stems from their faith in the unity of the already-existent Church of Christ.

It would be unchaste to forget what St. Paul tells us—that God “...will have all men to be saved and to come unto the knowledge of the truth...” (Timothy 2: 4). That is to say, God wishes that all mankind, all of humanity, be saved. It would be unchaste to either ignore or reinterpret the Apostle’s words to the Romans, to the effect that if everything is of God and all things are through God, then everything will come unto God (see Romans 11: 36) and God will be “all in all” (1 Corinthians 15: 28). The Apostle Paul chastely taught of the ultimate restoration of all by God.

Finally, fourth, Christian chastity rests in a faith-filled, integrated opinion of man. Man consists of soul, spirit, and body, and has the task of making common cause in a harmonious development and transfiguration of all three parts in harmony and in common. A pagan materialistic one- sided fascination with the flesh and its satisfaction is unacceptable to Christian chastity, and a super-ascetic Buddhist disdain for the flesh is alien to Christianity as well. The body is the temple or dwelling place of the Holy Spirit. And in [Slavonic]тело-мудрие or chastity, share a common root.

Achievement of balance, calm and collectiveness in all of a human being’s function is the goal of wisdom, the goal of what is known as “chastity.” The ideal norm for human existence—the family, the “little church”—is a complete organism, an indivisible social atom living by the law of love, by the law of unity of the Persons of the Holy Trinity. Accordingly, an unchaste attitude towards the little church, toward the family, results in the destruction of its unity, of its wholeness.

“O Lord and Master of my life,... a spirit of chastity grant Unto me Thy servant”...

We ask our reader to keep Fr. Victor in their prayers, as he has again been hospitalized with atrial fibrillation. Chastity, Humble-mindedness, Patience, and Love
Second homily on the prayer of St. Ephraim the Syrian
Archimandrite Kirill (Pavlov)
In our previous discussion, dear brothers and sisters, we dwelt upon the prayer of St. Ephraim the Syrian and said that it is a profound prayer, filled with feelings of repentance and humility, and that every word of it finds a response in our souls and helps us to recognize our passions and vices and desire the virtues, without which no one can come closer to God. On Chastity and Premarital Cohabitation
Priest Pavel (Gumerov)
Let us begin with an explanation of the word, chastity. In Russian, the word is tselomudrie, which means literally, "integrity of thought," and consists not only in physical preservation (one can remain a virgin in body, but commit terrible acts of depravity in the mind; and to the contrary—one can live in a pious marriage and preserve his or her soul from sin), but also in a proper, wholesome, undisturbed view of the opposite sex, with purity of soul.
Comments

Anthony4/2/2019 5:04 am
Hello! I trust this finds you well? Without wishing to once again beat the drums but as I have noted many atime in the days of yore, our own Άγιος Γέροντας Παΐσιος accused that heretical Athenagoras of adultery!!! for his ecumenist machinations against our Mother the Church. This is how serious the nature of infidelity is - it is not only carnal but also spiritual! Buyer beware!
×