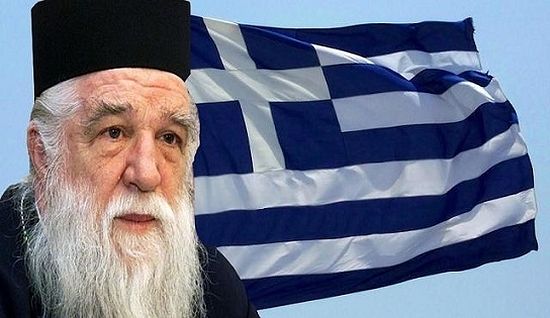 The Supreme Court of Greece has rejected the appeal of retired Metropolitan Ambrose of Kalavryta regarding his conviction for “hate speech and incitement to violence” against homosexuals.

“This is an historic decision for Greece, as it is the first time that the Supreme Court has set a limit to the inflammatory, racist discourse that incites hatred and violence,” commented Kleio Papapantoleon, a lawyer in the civil lawsuit, reports Romfea.

His Eminence was initially acquitted in March 2018, with the Greek court declaring that it did not find any incitements to violence in a controversial 2015 blog post in which the bishop wrote about the sin of homosexuality.

In his defense, the Prosecutor stated that Met. Ambrose should be acquitted, as his post did not cause any harm and did not violate any laws.

In his own defense, Met. Ambrose stated that he struggles against those who are against God. “God created man and woman, not an anomaly. I wrestle with those who are against God. Homosexuals are our brothers and sisters, but not children of God,” the prelate said, explaining that, in their fallen state, living against nature, they are not “creations of the Lord. God turns away from all of them.”

“When I say, ‘spit on them,’ I mean, ‘ignore them,’ Met. Ambrose stated, referring to a portion of his blog that especially aroused anger.

However, Met. Ambrose was sentenced on appeal to 7 months in prison, with a 3-month suspension for inciting violence against homosexuals and abuse of his office in January 2019.

That decision now has the backing of the Supreme Court. The new decision is “a safety valve of equality and dignity… That was our legal and social interest,” Papapantoleon said.

Commenting after the decision last January, Met. Ambrose noted that he was inspired “by love for man and especially for the suffering man—I hate sin, I love man.” Greek metropolitan found innocent of homophobia-hate speech charges
A Greek court has acquitted Metropolitan Ambrose of Kalavryta, not finding any incitements to violence in a controversial 2015 blog post in which the bishop wrote about the sin of homosexuality.
Comments