And yesterday, on the new calendar feast of the Holy Hierarch and Wonderworker Nicholas, His Eminence Metropolitan Petar of Prespa and Pelagonia, administrator of the Macedonian Diocese of Australia and New Zealand, concelebrated with His Eminence Metropolitan Basilios of the Antiochian Archdiocese of Australia, New Zealand, and the Philippines, the Macedonian diocese reports.

The service was held at the Church of St. Nicholas in the Sydney suburb of Punchbowl.

The Holy Synod of the Antiochian Orthodox Church officially recognized in October the canonicity and autocephaly of the Macedonian Church, which it received from the Serbian Church in June. 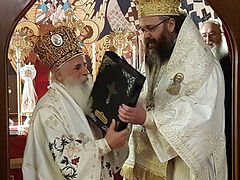 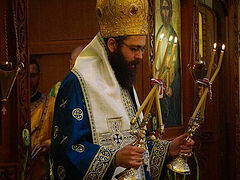 Australia: Serbian hierarch calls for proper conduct in monasteries to help rebuild monastic life
The diocese’s four monasteries need to “take the place that belongs to them in their spiritual mission of enlightenment and transformation of the souls of the faithful, as well as in the construction of the Church of St. Sava on the Fifth Continent,” His Grace Bishop Siluan writes. 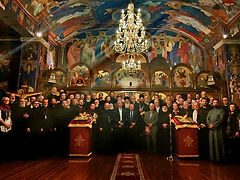