True Intelligence Is to Obey God in Everything

On the Spiritual Work of the Human Mind, Part 1 Metropolitan Seraphim (Chichagov) It doesn’t take a long life or great experience to convince a man that he should place all his trust in the Lord, not in himself. This truth is experientially known already in childhood, when studying the sciences; and young men, embarking upon an independent life and committing blunders due to overconfidence are soon convinced in mind and heart of the need to place all their hope in the Lord. But for our life and salvation, it’s not enough just to not believe in yourself, nor to have hope in God but without spiritual labor. If, according to the word of Christ, in order to become a Christian, we must be born of water and the Spirit (Jn. 3:5), then undoubtedly, in order to remain a Christian throughout our lives, we must also live by the Spirit—live the spiritual life. And the spiritual life consists in a constant struggle of the mind, flesh, and spirit, in renouncing the world in everything, in unceasing spiritual labors. Just as our body weakens if we don’t move about and exercise, so the soul and heart lose the ability to fight if we don’t exercise the mind and will in spiritual work.

The human mind strives to know the truth and it’s necessary to exercise it to deliver it from obscurity and ignorance. Through exercise, it becomes bright, pure, and able to distinguish good from evil and truth from falsehood. Only a bright and pure mind is able to trap the passions and strengthen the soul with virtues; only a mind that knows the truth can battle against passion and vice, for the enemy is always cloaked with cunning, ignorance, false thoughts, and illusory goodness.

But how can we achieve knowledge, purity, and brightness of mind, you ask. The Holy Fathers indicate two ways. The first and most necessary is prayer. By warm and heartfelt prayer to the Holy Spirit, we receive grace, which pours Divine light into our hearts, but under the condition that we will truly seek the one God and His will and willingly submit ourselves to the counsel of experienced spiritual fathers. The second method is studying the word of God, the writings of the Holy Fathers, the commentaries of the great Holy Hierarchs, i. e. acquiring discernment of things, of Divine truth, exercising the mind in the judgments of the correct reasoning and the Holy Spirit, and not as human feelings and the world judge. Then we receive the clear understanding that everything loved by the corrupt world is vanity and lies; the glory, honor, wealth, and pleasure of the world are nothing other than vanity and the death of the soul; and the slander, vilification, and blasphemy with which the world persecutes those who live in God is true glory. The sorrows of the world due to lack of means, lack of pleasures, and the humiliation of self-love, are joy for those who live by the spirit rather than the flesh; true magnanimity is forgiveness of enemies and prayer for slanderers, because by such actions and traits we become like God.

It's not the one who rules the world who should be considered strong, but the one who proves his strength and power by renouncing the world and its works. It’s not those who display courage and firmness of spirit who subdue the great and powerful by commanding them, but those who willingly submit themselves to others out of obedience for the sake of Christ. Humble self-knowledge is much more important, more difficult, and more glorious than a high knowledge of the sciences. One of the holy elders even put it this way: “The conquest and mortification of our vices and passions, no matter how insignificant they may be, deserves greater praise than the taking of many fortresses, the routing of hordes, or even than working miracles and the resurrection of the dead.”

St. Anthony the Great says that people are usually called intelligent because the word is being used incorrectly. It’s not those who have studied the speeches and writings of the ancient philosophers who are intelligent, but those whose souls are intelligent, who can discern between good and evil; they flee the evil and the harmful, but they rejoice in what is good and soul-profiting; these alone should, in truth, be called human. A truly intelligent man has one care: to obey and please God in everything, giving thanks for sorrows and woes, believing that they are for our benefit. An intelligent man is he who pleases God and is silent more, or if he speaks, does so only a little and says only what is necessary and pleasing to God. The mind that’s located in a pure and God-loving soul truly sees God—unborn, unseen, unspoken—the only Pure one for the pure in heart.

The proud sages, Pharisees, and righteous of the world couldn’t hear these words of Christ indifferently. Pride is primarily a sin of the mind, just as humility is primarily a virtue of the mind. For this reason, this virtue is often called in Sacred Scripture lowliness of mind.1 What is lowliness of mind? It’s man’s correct understanding of humanity (St. Ignatius Brianchaninov, Vol. 4), and therefore, it’s man’s correct understanding of himself. The proud man looks at himself as a self-existent being, not as a creation of God; earthly life seems endless to him—death and eternity don’t exist. There’s no providence of God for him. He recognizes the human mind as the ruler of the world. “To be stupid by nature is no fault,” says St. John Chrysostom, “but to become stupid by abusing the mind is unacceptable and entails a great punishment.”

Such are those who, because of their wisdom, dream many things about themselves and fall into extreme high-mindedness. If the beginning of wisdom is the fear of the Lord, then the beginning of stupidity is ignorance of the Lord. People who are carried away by pride and high-mindedness make an idol of their own minds. There’s nothing more dangerous than such a state, for it’s difficult and nearly impossible to cure. Pride of mind is much more disastrous than pride of will, and here’s why: The pride of will is given to observation by the mind, which can insist that the will subject itself to it, but when the mind is proud and claims that its thoughts and judgments are indisputable, better than others, then who or what can make the mind surrender? Therefore, the holy Apostle wrote: If any man among you seemeth to be wise in this world, let him become a fool, that he may be wise (1 Cor. 3:18).

Thus, spiritual work destroys the ignorance of the mind that’s so dangerous for man, but let Christians fear the opposite ailment—much knowledge and idle curiosity, because amidst the necessary knowledge, we can acquire, by the efforts of the enemy of salvation, obscene, vain, and harmful knowledge, which only weakens the mind. The enemy usually hides his bitterness under the guise of sweetness and creates beautiful and attractive phantasms in order to seduce minds by imitating the truth.

The devil attempts to defeat those of a strong and mighty spiritual life through the mind, in order to master them through both the mind and heart. To this end, he usually puts high, subtle thoughts in them that amaze the man himself and those around him; witty people are more likely to succumb to this deception. And being carried away by their lofty thoughts, they forget to watch over the purity of their hearts and humble their self-satisfied minds. In order to avoid high-mindedness, truly spiritual people don’t relate to the affairs and events of the world passionately, they don’t attach their hearts to them, and therefore they have the appearance of underdeveloped, deficient people. As St. Basil the Great says: “May hearing worldly news be bitterness for you, but the sayings of holy men like honey from a honeycomb.” Amen.

1 The word “смиренномудрие (smirennomudrie)” is typically translated simply as “humility,” but it could be literally translated as “humble wisdom,” or “lowliness of mind.”—Trans. 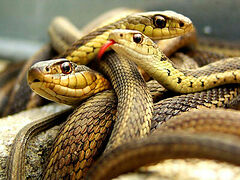 Five Steps to Christ. Part 2: Eight Serpents
On the Battle with the Main Sins
St. Seraphim (Zvezdinsky) of Dmitrov
But the Holy Fathers count eight main sins, while the rest of the sins are only the tongues of these eight serpents, only their poisonous teeth. 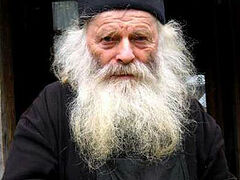 Does God like the way I live?
Monk Proclu (Nicau)

Does God like the way I live?
Monk Proclu (Nicau)
And I should tell you: the end times are almost here. The years of affliction have begun. Great adversity is taking place in our days. 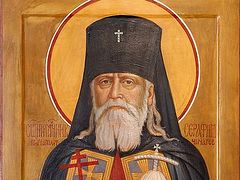 A Prophetic New Martyr: St. Seraphim (Chichagov)
Bishop Tikhon (Shevkunov) of Egorievsk
Today we commemorate a nearly unknown yet great saint, Holy Hieromartyr Seraphim (Chichagov) of Petrograd. He received a brilliant education, graduated from the Page Corps, became a well-known scholar, received a humanitarian as well as a natural sciences education, and was part of the upper echelons of society. He had a brilliant military career, having fought in several wars, but he left all this and became a priest. He did more than anyone else for the canonization of St. Seraphim of Sarov. Holy Hieromartyr Seraphim was not only a priest (later a bishop)—he was a true prophet.
Comments
×