Orthodox Christians for Life Marching from Coast to Coast Orthodox Christians for Life invites the Orthodox community to join this year's gatherings at the March for Life on January 20 in Washington, DC, the Walk for Life West Coast on January 21 in San Francisco, CA, and other pro-life marches around the country.

"This is a historic year to be marching for life, because for the first time in 50 years, we are not merely mourning the Roe v. Wade decision, but celebrating its overturn," said Emily Yocum (Wilkinson), Executive Director. "Abortion is still widely legal and accessible, and we must continue to peacefully oppose it in the public square, reminding our nation that we will not rest until every unborn baby and vulnerable mother is protected from the predatory abortion industry. I anticipate a large turnout of Orthodox Christians at marches from coast to coast," she added.

Most of these gatherings will incorporate a pro-life prayer service prior to the event, as well as the singing of hymns while marching together. As for the two largest events, a Liturgy will be served prior to the March for Life at St. Nicholas Cathedral in D.C. and prior to the Walk for Life West Coast at Holy Trinity Cathedral in San Francisco.

Complete schedules and more information for each of the Orthodox Christians for Life gatherings can be found at oclife.org.

Beyond the pro-life marches of January, Orthodox Christians for Life is dedicated to equipping the Orthodox community to demonstrate the Church's pro-life stance all year long. Parishes interested in joining this movement to nurture a culture of life through prayer, education, and support for women in difficult pregnancies can form an affiliated Orthodox Christians for Life group. For more information, see oclife.org/ParishMinistryProgram. Blessing of New Zoe for Life facility in OCA Diocese of NY-NJ
The afternoon events began in the Church with Archbishop Michael presiding over a prayer service "for beginning any good work." 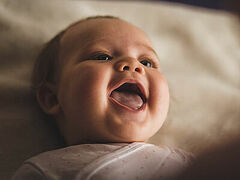 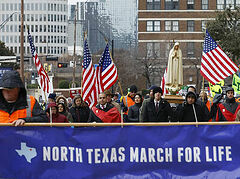