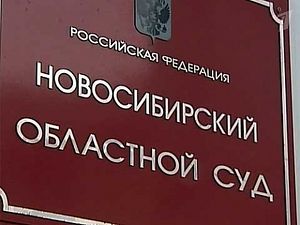 A Russian regional court has banned an image based on a Christian Orthodox icon printed on t-shirts in support of the Pussy Riot punk band, the Prosecutor General’s Office said Monday.

The image in question is a parody of the Our Lady of the Sign icon, with the Mother of God wearing a balaclava while the Child Jesus is portrayed as a girl with plaits, the office said.

A Novosibirsk city court ruled that the image insults the religious feelings of Christian believers and falls under the definition of information whose circulation is prohibited, the prosecutor’s office said in a statement.

The court acted on a complaint from members of the clergy and Orthodox believers who argued that the image, originally posted on an Internet site, is a desecration of a holy icon and an insult to their religious feelings.

In accordance with the court ruling, the image will be included into a federal list of materials banned from circulation on the Internet, obliging all operators across Russia to block access to the site in question.

Two members of the Pussy Riot female punk rock band were sentenced last August to two years in jail for performing a “punk-prayer” protest against Putin at Moscow’s Christ the Savior Cathedral.

A video of the band’s controversial performance posted online showed the five-girl group wearing balaclavas high-kicking at the altar to the accompaniment of the song titled “Holy S**t” in which they urged the Virgin Mary to “drive out” then-Prime Minister Vladimir Putin, who was then standing for re-election to the presidency in upcoming elections. The song also poured scorn on the head of the Russian Orthodox Church, Patriarch Kirill, and believers. Femen act in the cathedral – French politicians in fury – similarities to Pussy Riot
Here is another example of the European double standards: in France the very same politicians who recently admired the Pussy Riot act in the Christ the Savior Cathedral now criticize the Femen activists for their act in the Notre Dame Cathedral.
×