One of those killed in Ma'loula: "I am a Christian, and if you want to kill me for this, I do not object to it"

"I am a Christian, and if you want to kill me for this, I do not object to it" - such were the last words of one of three Christians, killed by extremists after their refusal to accept Islam in Ma'loula, which has already become famous among the faithful as "a land of Martyrs". 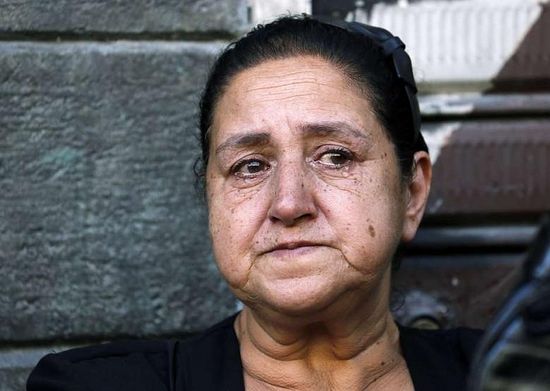 A woman cries at the funeral of Christians killed in Maaloula. Photo: AFP - Anwar Amro

Christians of Syria call Ma'loula "a land of Martyrs" after this small Christian town was several times attacked by various armed groups.

It should be noted that on September 10, in Damascus, Patriarch of the Melkite Greek-Catholic Church Gregory III Laham, in the presence of Hierarchs of different Christian denominations, headed the funeral of Christians, killed in Ma'loula, reports Calam1.

The Vatican news agency Fides has made an attempt to reconstruct the course of events that led to the killing of three Christians in Ma'loula, with the help of a woman-eyewitness, whose name is concealed for security reasons. At the present time this woman is undergoing medical treatment in one of the hospitals of the Syrian capital.

According to her, on September 7, a group of individuals belonging to the armed groups that had entered the town, burst into homes of the civilian population, intimidating their residents and vandalizing their domestic sacred objects. The woman has told how the militants burst into the house where she was staying together with her relatives: Michael Taalyab, his cousin Anton Taalyab, and his grandson, Sarkis Al-Zajim. The extremists said to those present that they would be forced to accept Islam, at which Sarkis answered: "I am a Christian, and if you want to kill me for this, I do not object to it!" After this the islamists cold-bloodedly killed the young man together with two other men and inflicted several injuries upon the woman. The injured woman was eventually evacuated to Damascus for treatment.

Sister Carmel, who helps with transportation of refugees from Ma'loula to Damascus, noted in the interview with Agenzia Fides that Sarkis "Is a Martyr in Christ in the full sense of this word, since he was murdered solely because of religious hatred!"

According to the information from local sources, the government forces entered Ma'loula to eliminate the snipers who had consolidated positions in local residences. Meanwhile, the landscape and architectural specifics of the buildings of the town, which is spread over the mountains slopes, impede the operation. St. Thecla Convent in Ma'loula still under siege
Humanitarian aid has been twice given to the nuns and children who took shelter from militants in the Syrian Orthodox Convent of St. Thecla and remained without food and water.
Comments
×