Serbian Orthodox Church (SPC) Patriarch Irinej said on Monday at a forum commemorating the 10th anniversary of the March pogrom, destruction of Serbian holy sites and exodus of the Serbs from Kosovo, that it had been an attempt to destroy the root of the Serbian people and erase their existence in that area. 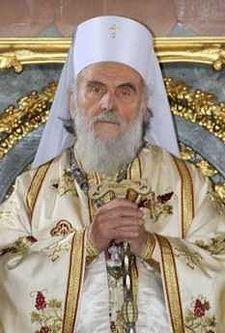 Despite that attempt, the SPC remained as a spiritual oasis that brings hope to the Serbian people in Kosovo, he said.

“As long as Kosovo is in our hearts, minds and songs, it will be ours, because hope dies last,” Irinej stated, adding that the Jews had fostered such a hope for 2,000 years and managed to go back to Jerusalem in the end.

Kosovo is to Serbia what Jerusalem is to the Jews, and without Kosovo, Serbia is like a body without a head or a heart, he stressed.

Europe sees, knows and tolerates the fact that those responsible for a terrible crime against the Kosovo Serbs have not been punished, so as a start, the exiled must be allowed to return to their homes, he noted.

Those who control the world and boast about democracy and human rights must find a fair solution for Kosovo and not let crime and force triumph, Irinej remarked.

Dean Sima Avramovic also addressed the forum, organized by the Belgrade University Youth and Faculty of Law, and said that Serbs still had strong foothold in Kosovo that the pogrom failed to destroy.

Legally speaking, Serbs have three strong arguments on which to base their demands that the international community cannot ignore, and those are: restitution, reconstruction and repatriation, Avramovic said.

It is very important for the SPC and its churches to stay in Kosovo, because the Serb communities living around those churches will then survive as well, he pointed out.

Serbia’s Minister without Portfolio in charge of Kosovo Aleksandar Vulin was also at the commemoration. Macedonia – the new Kosovo?
Srdja Trifkovic
Both demographically and politically, the republic has a precarious present and an uncertain future. 21st Century. A Story of Kosovo.
This film was shot clandestinely in Kosovo. It tells the story of six elderly Serbian women who chose to remain in Kosovo—to live, to pray, and to make their silent appeal to the world.
Comments
×