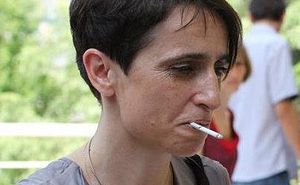 Conservative pundits are saying that a homosexual activist exposed the hidden agenda behind homosexual “marriage” when she told an audience last year that the movement is not seeking equality but rather a total dismantling of the institution of marriage itself.

Masha Gessen, a journalist and author who campaigns for homosexual 'rights', made the comments last May in Australia on a panel at the Sydney Writer’s Festival. She said:

The institution of marriage is going to change, and it should change. And again, I don’t think it should exist. And I don’t like taking part in creating fictions about my life. That’s sort of not what I had in mind when I came out thirty years ago.

Providing her own life as an example for her advocacy to do away with marriage, Gessen described the complex family structure in which three children whom she parents live: one of them is adopted with her ex-partner, another - whom she birthed – has a biological father in Russia, and the third is the biological child of her current partner and Gessen’s brother. These three children have five adults in parenting roles, but not all five adults parent all three children.

“The five parents break down into two groups of three,” she said. “And really, I would like to live in a legal system that is capable of reflecting that reality, and I don’t think that’s compatible with the institution of marriage.” I now pronounce you man and wives…

I now pronounce you man and wives…
Turns out, marriage isn't about two people who love each other -- it's about three or five or six. That was Judge Clark Waddoups's opinion in the most explosive ruling the media isn't talking about. Fighting back against the global LGBT agenda: the resistance arises
Those who have defended marriage until now may feel beleaguered. They may be irritated with the press’s misconstruing of Pope Francis’s multiple comments about compassion toward homosexuals. Nevertheless, Europe ought not to be cause for pessimism. On the contrary, Europe has an active underground building Defense of the Family 2.0. Catholic Archbishop Protests Obama's Anti-marriage Agenda
With the institution of marriage under assault from several directions, the concerted efforts of the Left are directed toward either keeping marriage from leading to families, or creating mockeries of marriage which are, by definition, barren.
Comments
×