King of Jordan promises to defend Christians from ISIS

King Abdullah II of Jordan has reportedly promised to defend Christians from ISIS. 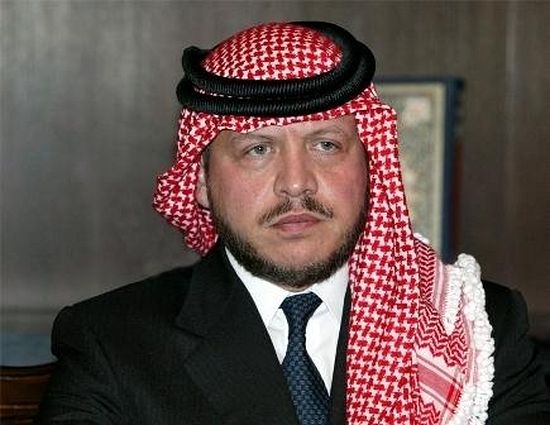 King Abdullah believes that presence of Christians in the Middle East is necessary, which is why he has taken this responsibility upon himself, reports Romfea.

The Latin Patriarch (Roman Catholic Archbishop) of Jerusalem Fouad Twal, commenting on the king’s statement, noted: “We felt a sense of great relief, hearing such words from the head of the state. He made up his mind about this, in spite of the difficult problems that Jordan must necessarily resolve”.

“From time immemorial Jordan has been a home and shelter for all those in need of protection,” the Latin Patriarch of Jerusalem added. Jordan is his native land: the patriarch was born in the city of Madaba of central Jordan. Jordan strains under weight of Syrian refugees
As we arrived in Maru, we found large crowds gathered in front of the distribution center. Women, children and heads of families had been waiting all morning in the hot sun to hear their family name announced to receive a box of food, school supplies and toys for their children. An Insight into the Greek-Orthodox Community of Jordan

An Insight into the Greek-Orthodox Community of Jordan
At the heart of this community is the Orthodox Church of St. George. The church broke ground in 1884, when the Greek Orthodox community saved enough funds to start construction. But to the surprise of the builders, under it were the remains of a Byzantine dating back to the 3rd century. It was on the floor of this ancient Greek church that the earliest, most extant map of Palestine was found; it literally put the map on the map. Cyprus Archbishop seeks the intervention of the King of Jordan

Cyprus Archbishop seeks the intervention of the King of Jordan
Archbishop Chrysostomos will fly to Jordan next Saturday and will ask the Jordanian King to intervene to the Turkish government in order to allow priests hold masses in the northern part of Cyprus.
Comments

Jenny Marisa4/25/2016 7:31 am
Rarely will someone help save a large number of people in deep distress. King Abdullah of Jordan knows how Christians suffer in the Middle East. May he bring comfort to those in need. God bless King Abdullah and his country. Thank you so much..
×