In his interview with the Greek television, one of the most authoritative hierarchs of the Church of Greece made a number of tough statements, reports AgionOros. 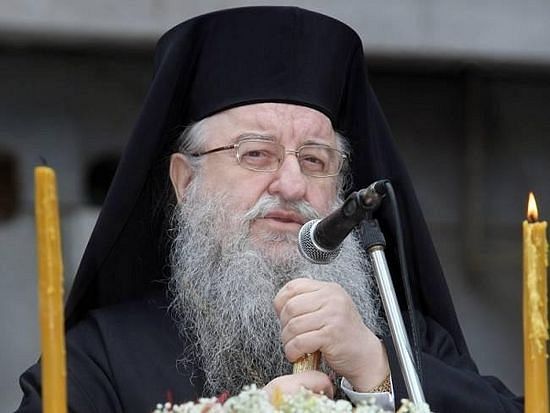 “We are against the presence of Islam in Thessaloniki. We have already lost so much… When the Turkish minister entered the Church of Holy Great Martyr Demetrius of Thessaloniki in our city, he announced at once: “Here is a suitable mosque for Turks.” Another Turkish official came to the historical Greek province of Thrace and called this region ‘a severed hand of Turkey’.”

According to the Metropolitan, “Thessaloniki has received considerable support from Russians. Over recent yearsm, numerous pilgrims from Russia have been coming to venerate the shrines and relics of our city.”

He expressed his disagreement with accusations against the politician of populism and insincerity: “I liked this step. I am against the personal initiatives of this or that political leader immediately being subject to criticism and doubt. He was right to visit Mt. Athos.” Author’s Theory on What Causes Violence in Islamic Cultures
Author and journalist William Tucker believes that polygamy is a dangerous social structure at the center of violence and strife in contemporary Islamic cultures — one of the many themes he covers in his new book “Marriage and Civilization: How Monogamy Made Us Human.”
Comments

FR>GERASIMOS3/10/2017 11:38 pm
CAN WE FIGHT THE TURKS, THE INVADING MUSLIMS?
IF SANDAL WEARING VIETNAMESE COULD DEFEAT THE UNITED STATES, WHAT IS THE EXCUSE OF THE GREEKS?

We have undertaken a small but significant task to save the Great Church of Hagia Sophia before it
is finally converted into a Mosque. We have been working steadfastly in defense of our faith and our heritage to stop the
impending desecration of the Great Church and its sacred iconography by attempting to appeal to various Governments,
and most notably to UNESCO whose staff pride themselves on preserving historical and cultural monuments. Unfortunately,
our appeal to UNESCO has fallen on deaf ears.

At present we are working to gain support for our appeal to President Irena Bokova of UNESCO
https://professors-phds.com/hagia-sophia/letter-to-mrs-bukova-unesco/. Your Eminence, we would be most grateful if you
could add your own message to those that have been posted under our appeal as His Eminence Metropolitan Ambrosios of
Kalavryta has done.