On October 5, the parishioners of the Church of Holy Archangel Michael in Butin village of the Zbarazh Deanery of the Ternopol (Ternopil) Diocese (the Ukrainian Orthodox Church of the Moscow Patriarchate – UOC MP) could not celebrate the Liturgy at their church because of a violent occupation by the “Kyiv Patriarchate” schismatics and representatives of the “Right Sector”, reports the official website of UOC MP. “Right Sector” is an ultra-nationalist Ukrainian political organization that wields considerable influence in the current Ukrainian government. Its origins go back to World War II, when its ideological forebears collaborated with the Nazis, and murdered over 20,000 Poles and Jews in western Ukraine. 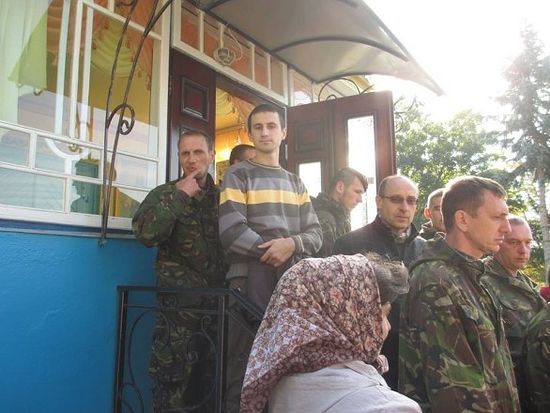 “On Sunday, October 5, I came together with the parishioners to serve a Liturgy,” relates the rector of the church in Butin, Archpriest Vladimir Slobodyan. “However, the church had already been seized by “Kyiv Patriarchate” representatives. Unidentified people in uniform and balaclavas who identified themselves as the “Right Sector” guarded the entrance to the church.

“A police squad stood by coldly observing how they were not letting us into the church. The Sunday service was prevented from happening.”

Following this unlawful action, over 70 signatures of the Butin village residents were collected; the residents showed their faithfulness to UOC MP and opposed a transfer to the “Kyiv Patriarchate.” Indignant at such unfair actions, the villagers are demanding justice and protection. 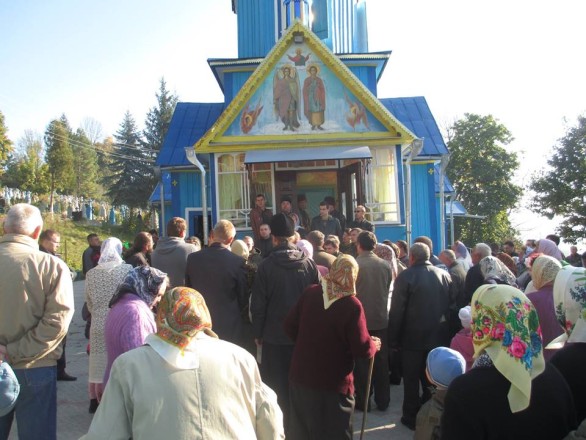 The local government has once again disregarded the Ukrainian Constitution and legislation. Instead of registering a new community in Butin for those supporting “the Kyiv Patriarchate”, they deprived the faithful of their right to freedom of religion and freedom of conscience, and in reality liquidated the parish. The diocese is currently preparing lawsuits against the officials of the Ukrainian government agencies for wrongful acts.

The raider seizure of the church took place through the inaction of the police and with the help of soldiers of “the Right Sector.” That the “Right Sector” participated in the recent events in Butin is confirmed by “the Kyiv Patriarchate” members themselves.

“The Right Sector” has made a statement on this occasion: “Only when we have one local Ukrainian Church will the Ukraine and Ukrainian people be free. The process of unification of Churches has been launched—the parishioners of churches of the occupation (that is, according to the “Right Sector”—of Russia) will have the last word. This process cannot be stopped; the only question is how long it will take! Like the Cossacks of the Zaporozhskaya Sech in earlier times, we, “the Right Sector”, are now standing in defense of our faith. Ours is the right cause and we will win the victory.

Extremists leaning on altar table heckle priest at Orthodox church near Kiev (+video)
The hooligans leaned on the altar, touching it with their hands, insulted the priest and threatened him.
Comments
×