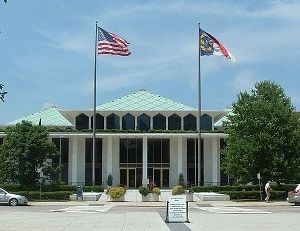 A Christian magistrate in North Carolina has resigned his post, citing his faith-based opposition to gay marriage.

John Kallam Jr., who has served in Rockingham County, wrote in a resignation letter addressed to Chief District Court Judge Fred Wilkins that he believes marrying homosexuals ”would desecrate a holy Institution established by God Himself.”

Kallam, who will leave his position effective October 31, also said that it wasn’t his understanding when he took the oath of office that he would be forced to marry gays and lesbians, as the Associated Press reported.

He added, “I can no longer fulfill my oath of office in good faith.”

Kallam said that he will use his remaining administrative days through the end of the month.

Wilkins, who confirmed Kallam’s impending departure in an interview with Rockingham’s News-Record, described the magistrate as “a good, honorable man … who stuck by his convictions.”

You can read the resignation letter below:

It is with deep regret that I must inform you of my intent to resign from my current position as Magistrate effective 31 October 2014. It is my intent to use my remaining administrative days for the remainder of this month. When I took my oath of office, I understood I would be required to perform weddings and have done so throughout my tenure. I did not however take that oath with any understanding that I would be required to marry same sex couples. It is my personal belief and a position of my Christian faith that doing so would desecrate a holy Institution established by God Himself. Since performing marriages is an integral part of being a Magistrate and in light of recent changes in North Carolina law. I can no longer fulfill my oath of office in good faith.

I will contact Mr Pegram’s office to insure all necessary paper work is completed and all items belonging to the State and/or county are completed and/or returned. I have enjoyed working with all the fine people at the Rockingham County Courthouse. I wish you all the best as you continue in your quest to administer justice in a fair and impartial manner. I am reminded of the last words of David who said, “He that rules over men must be just, ruling in the fear of God”. Where there is no “fear of God” there can be no justice! ANN WOOLDRIDGE10/24/2014 9:26 pm
tell the magistrate Kammam hurrah for him for standing up for CHRIST