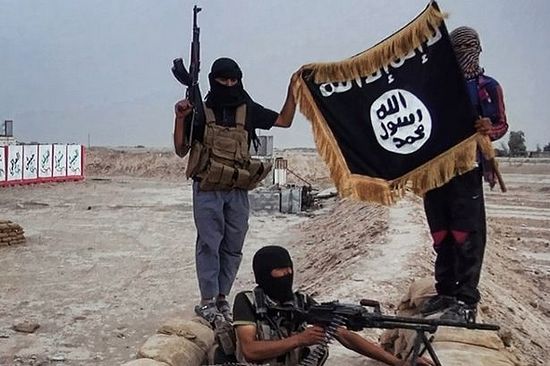 Barbaric Islamic State militants have beheaded four Christian children in Iraq for refusing to convert to Islam, according to a British vicar based in Baghdad.

Cannon Andrew White claims the beheadings took place in a Christian enclave close to Baghdad which has been recently overrun by Islamic State.

Cannon White, who has been ordered by the Archbishop of Canterbury to leave Iraq for his own safety, is one of only a handful of Christian leaders in the country.

He said: "Things were bad in Baghdad, there were bombs and shootings and our people were being killed, so many of our people fled back to Nineveh, their traditional home.

Islamic State forced Christians to convert to Islam on pain of death, he said. "They came to one of our people the other day, one of the Christians.

"They said to one man, an adult, 'Either you say the words of conversion to Islam or we kill all your children'.

"He was desperate, he said the words. And then he phoned, me and said, 'Abouna [Father], I said the words, does that mean that Yesua [Jesus] doesn't love me any more?' I said, 'Yesua still loves you, he will always loves you.'"

He also told of the fate of a group of Christian young people.

Speaking to the Orthodox Christian Network, he said: "Islamic State turned up and said to the children, you say the words that you will follow Mohammed.

"They said, 'Say the words.' They said, 'No, we can't.' They chopped all their heads off. How do you respond to that? You just cry." A Copt beheaded by islamists in Egypt

A Copt beheaded by islamists in Egypt
Issues of security have worsened in the Sinai region after the overthrow of the regime of the Egyptian president Hosni Mubarak early in 2011.

Homily on the Feast of the Beheading of St John, the Glorious Prophet, Forerunner and Baptist of the Lord
St. Justin Popovic
What is this? Could it be that this world has become a madhouse? People do not want God, they do not want the greatest Righteous One in the whole world. Whom do you want? Whom would you prefer? Whom would you set in Christ’s stead? With whom would you replace St. John the Baptist? With yourselves?! О moth! О, tiny mortal insects! Yes, when people become maddened by pride, when out of egotistical pride they lose their reason, they have no need of God, they have no need of God’s Truth. They declare themselves to be gods. They present their petty, shallow, false likeness of truth as the great and salvific Truth.
Comments

Bernadette8/2/2017 2:25 am
How incredibly Brave and True to their Faith are those Children? They must have been absolutely Terrified!
There IS a Special place in Heaven for those Children who sacrificed Their life for YESUA.......They ARE Saints, truly indeed.
×