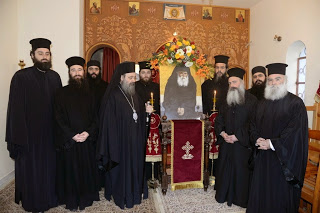 In the courtyard of the Sacred Church of Saint Nicholas in Patras of the Peloponnese, a chapel built in honor of the newly-glorified Venerable Paisios the Athonite immediately honored him when it was announced that he was officially canonized by the Ecumenical Patriarchate.

It is considered a miracle how this took place, since the chapel, having just been completed, was waiting for the canonization of Saint Paisios (whenever that would take place) in order to place his sacred icon within it, and Metropolitan Chrysostomos of Patras considered it necessary to do the Gate-Opening (Thyranoixia) ceremony immediately for the devotional needs of the parish, without realizing that the next day the venerable Paisios would be numbered among the saints.

And so on the eve of of the canonization, a Gate-Opening ceremony was done for the chapel. And it was a special blessing for them that the next morning, when the Ecumenical Patriarchate announced the canonization of Venerable Paisios, that a Hierarchical Divine Liturgy was already set to be celebrated in the chapel in his honor. Among those present were Metropolitan Chrysostomos of Patras with the parish clergy, clergy from the area, and a crowd of faithful, who all gathered to venerate the sacred icon of the newly-glorified Venerable Paisios. 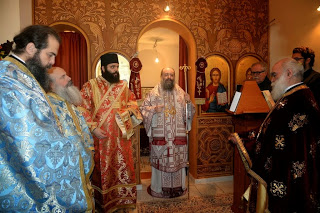 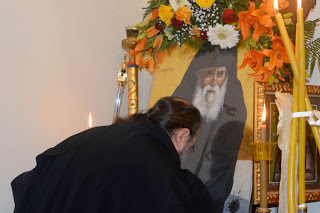 Upon completion of the Divine Liturgy, His Eminence was deeply moved and referred to the great love of the Lord towards us sinners, how He sent to our discomforting and apostate times venerable ones and saints to comfort us and be advocates and intercessors on our behalf. He also mentioned the acquaintance many in attendance had with Saint Paisios, and how four years ago he named one of the monks at the Monastery of Gerokomeio in honor of Saint Paisios. 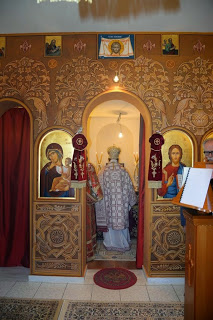 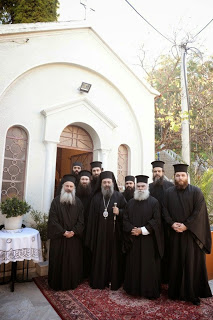