Epitaph and Resurrection Litany to Take Place In Izmir 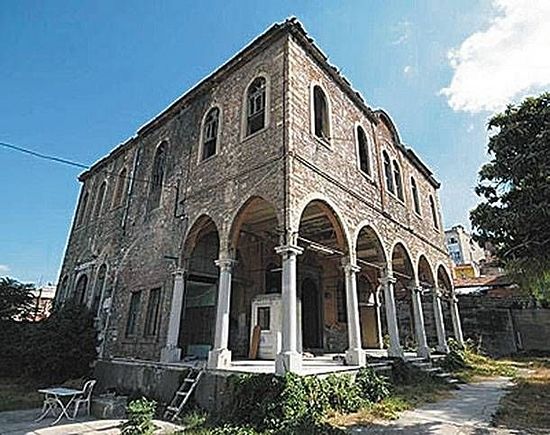 The Epitaph and Resurrection litanies will be performed at the Greek Orthodox Church of Agios Voukolos in Izmir for the first time since the 1922 catastrophe. The church, which was restored by the Izmir Municipality and inaugurated on February 6 by Ecumenical Patriarch Bartholomew, will be used for the Good Friday and Holy Saturday liturgies of the Izmir Orthodox Community, according to an announcement by mayor Aziz Kocaoglu.

Furthermore, Ephesus mayor Dahi Zeynel Bakıcı invited the Ecumenical Patriarch to perform a liturgy by the tomb of St. John the Theologian on May 8.

Since the church was inaugurated on February 6, an infant from Mytilene, Greece, was baptized in Agios Voukolos, fulfilling his parents’ dream to have him baptized in Izmir. The child was named Fotios-Voukolos in honor of Izmir’s patron saint.

The Izmir Orthodox Community also organized a conference entitled “The Saints of Smyrna and Ionia during the first centuries of Christianity.” The conference was held at the Izmir Chamber of Commerce auditorium, where Chairman of the Executive Board, Izmir Chamber of Commerce, Ekrem Demirtas, stressed the need to support any initiative that promotes mutual understanding, friendship and cooperation between the Greek and Turkish people.

Ecumenical Patriarch Bartholomew opened the conference, while Thessaloniki mayor Yiannis Boutaris also delivered a short speech to the audience. The participants focused on people whose lives are directly or indirectly connected with the Church of Izmir history and the region of Ionia, such as the Saint John the Theologian, Saint Ignatius Theophorus, Saint Voukolos and others.

It was also decided that the conference will be organized annually.