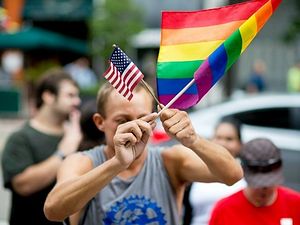 Fearing future legal battles, the owners of a successful Christian bakery in Indianapolis who declined to bake wedding cakes for same-sex couples have decided to shut down their business.

Last March the husband and wife team of Randy and Trish McGath came under fire after declining to bake a cake for gay couple Shane Laney and Mike Stephens on the basis of religious grounds.

A local television station picked up the story, and the very next day “Facebook and Twitter hummed with outrage,” according to reports. “I think it is awful and terrible how you would discriminate,” wrote one Facebook user. “Sooo very sad,” wrote another.

Their business, called 111 Cakery, was located near a hub of gay culture in Indianapolis. Around the corner from the bakery is the Varsity Lounge, the city’s oldest gay bar, and there is another gay bar just a couple blocks away.

The McGaths, who are practicing Baptist Christians, said they were well aware of the neighborhood’s gay reputation when they opened their bakery there in 2012 and had no problem serving many gay customers. In this case, however, they made an exception because they “just didn’t want to be party to a commitment ceremony” because the event reflected “a commitment to sin.”

In explaining their decision on Facebook, the couple said: “It was not that we wanted to deny them a cake, it’s just tough to create something that goes against your beliefs.”

Despite this notorious incident, the 111 Cakery continued to do a brisk business and the couple received a generous show of community support after taking a stand on their faith. According to Randy, “we had people from all over — from Brownsburg and Lafayette,” which are 15 and 60 miles away.

One woman told McGath, “I seen y’all on TV, and I’m not mad with you. I feel the same way.” As she was leaving the bakery, another woman turned to a reporter and said, “tolerance goes both ways.”

Last October, however, same-sex marriage was legalized in Indiana, and the couple apparently concluded there would likely be further controversies. Though they had avoided the unpleasantness of a legal battle this time, they decided it was best to move on.

Not long ago a similar case didn’t end well, when an Oregon bakery, Sweet Cakes by Melissa, declined to make a wedding cake for a lesbian couple. Earlier this month the Oregon Bureau of Labor and Industries ruled that Aaron and Melissa Klein, the owners of the bakery, will have to pay the lesbian couple up to $150,000, pending a hearing on March 10.

Trish McGath, who did most of the baking, also expressed a desire to spend more time with the couple’s four grandchildren. According to her husband the business “was wearing her out.” She has been taking a break from working since Dec. 31 when the bakery went out of business, he said.

A message on the bakery’s website reads, “We have decided not to renew our lease so we are now closed. We want to thank everyone for your patronage, support and friendship. It has been a true pleasure to serve you. Eph 2:8.”

McGath now sells recreational vehicles and has no regrets over his decision. “There was zero hate here,” he said. “We were just trying to be right with our God. I was able to speak to many homosexuals in the community and to speak our opinion and have a civil conversation. I’m still in touch with some.”

Federal Discrimination Against Religion?
Religious groups will not receive an exemption from an executive order signed this morning by President Barack Obama banning “discrimination” based on sexual orientation or “gender identity” by federal contractors.
Comments
×