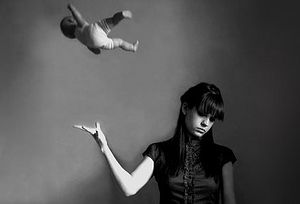 The European Parliament has adopted a resolution which recognizes abortion as a fundamental right and also as a part of reproductive rights despite the fact that this issue remains within the framework of national policy of the EU nations’ governments. The so-called “Tarabela Report” called after the Belgian politician Marc Tarabela, has gone beyond the equality between women and men discussion and has become a tool of the radical change of the status of abortion promoting access to it as a fundamental human right, reports the Rosprav.ru website.

On the whole the situation is moving towards intensification of the pro-abortion rhetoric in the EU countries and pressure on the countries that defend the life of their citizens before birth. Section 45 of “the Tarabela Report” reads: “…maintains that women must have control over their sexual and reproductive rights… have access to contraception and abortion…” The resolution was adopted at the session of the European Parliament in Strasbourg by a vote of 441 to 205 with 52 abstaining. The measure was fully supported by Progressive Alliance of Socialists and Democrats (the Socialists and Democrats EP Group). Since the establishment of the European Parliament in 1953 the group has existed under various names and until the elections of 1999 it had had the majority of representatives in the Parliament. It is currently the second largest party by membership in EP.

The Federation of Catholic Family Associations in Europe has described the report as “contradictory” as it considers abortion as a fundamental human right and it (the report) also contradicts the Human Rights Charter of the European Union. The first article of the Charter reads, “Human dignity is inviolable. It must be respected and protected.” The second article states, “Each person has a right to life.” This Charter is a document that secures several basic rights. The formulation of this document was coordinated at ministerial level and included in the draft constitution for Europe. “The Tarabela Report” has provoked a protest among the Christian community of EU and a campaign with signatures collection against it has been launched. 170,000 people have already signed the petition against the report.

On Thursday the European Parliament is likely to adopt another pro-abortion document: “The Panzeri Report”, named after its author, Pier Antonio Panzeri. Article 15 of this document recognizes abortion “as a means of saving of women’s lives.” The EU Bureaucratic term, “access to reproductive health services,” means promotion of abortions, birth control, and corruption of minors.