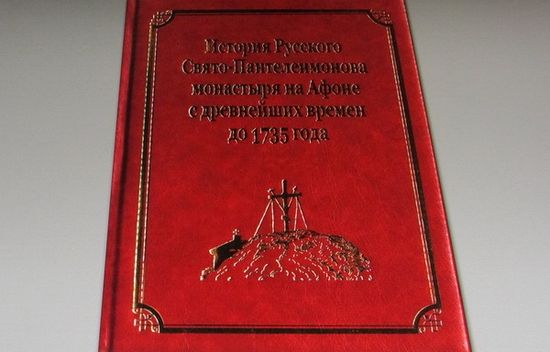 The 608-page book in A4 format reflects for the first time in detail the history of St. Panteleimon’s Russian Monastery on Mt. Athos, from the appearance of Russian monasticism on the Holy Mountain until 1735. The volume is based on numerous documents that had not previously been published, and abounds in illustrations and references.

The publication was blessed by Abbot of St. Panteleimon’s Monastery on Mt. Athos Schema-Archimandrite Jeremiah (Alekhin), and edited by the confessor and first epitrope of the Russian Athonite monastery, Hieromonk Makary (Makienko).

The book consists of eight parts:

I. The pre-Rossikon period. The history of the Holy Mountain till 989;

VI. The disturbances and restoration of links with the Russia of the Tsars. 1598-1676;

VIII. Cultural and spiritual relations with Russia before 1735.

An appendix gives the lists of abbots of the Rossikon at the Ksilourgou monastery, the Old (Hill) Rusik (Thessalonian) Monastery and the New (Shore) Russian Monastery of St. Panteleimon. 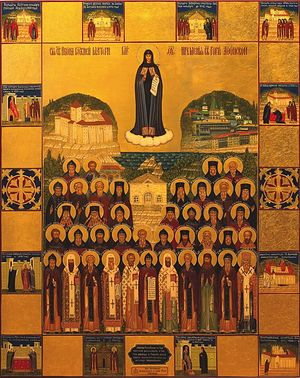 The book also contains the first full Russian Athonite collection of lives of saints to be published, including the Athonite New Martyrs whose names are not in the calendar of the Russian Church. Furthermore, it has a chronological index of names of holy Russian Athonites as well as a list of names of saints from Mt. Athos mentioned in the calendar.

Basing itself on extensive sources, this work is the first to attempt to show the full picture of the relationship between Russia and the Rossikon, taking into account the role of other countries, nations and groups. Considerable attention has been devoted to such issues as the significance of relations with Mt. Athos for national foreign policies; the influence of Mt. Athos and Russia on each other, and Mt. Athos and the Eastern Patriarchates.

In the foreword the team of authors expresses its gratitude to Russian academics M.V. Bibikov, G.I. Vzdornov, G.I. Karpov, S.P. Kashtanov, N.N. Lisovoy, B.L. Fonkich, Ya.N. Shchapov, R. Stichel (Germany) and many other Russian and foreign researchers from scientific institutions for participating in specifying goals, tasks and methods of research, support in collecting materials and in practical work.