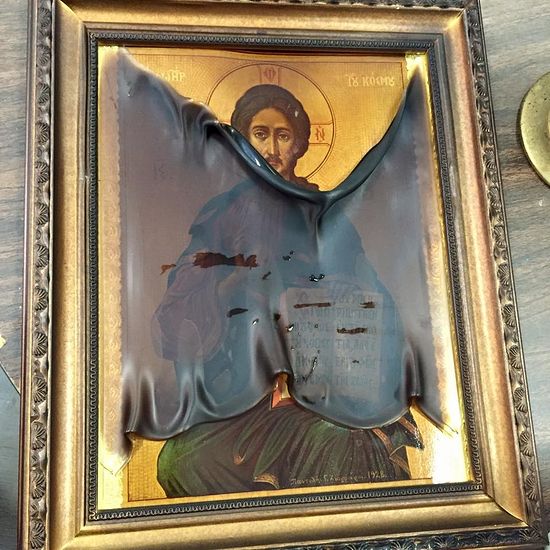 The Greek Orthodox Church of Greatmartyr George the Victory-Bearer in the city of Knoxville (Tennessee, USA) which belongs to the jurisdiction of the Archdiocese of America of the Ecumenical Patriarchate of Constantinople was enveloped in flames in the morning of April 12 – right on the Easter Sunday. When later the church was being put in order after the fire, it was found that an icon of the Savior had been miraculously spared by fire, reports Sedmitza.ru with the reference to Esperinos.com portal.

The temperature inside the burning church was so high that the glass that had covered the icon of Christ-Pantocrator (painted in 1928) melted down. However, the icon itself has remained absolutely intact.