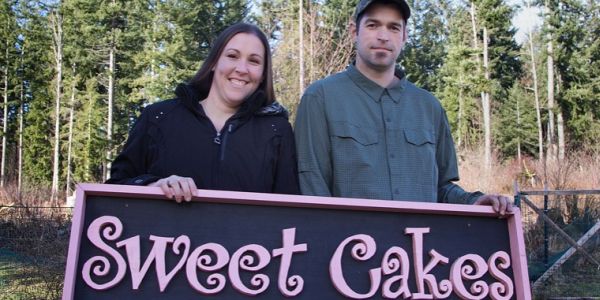 Aaron and Melissa Klein were fined $135,000 for refusing to bake a cake for a same-sex wedding.

The Christian owners of a former bakery were officially ordered Thursday by the Oregon labor commissioner to pay $135,000 in fines to a lesbian couple after the bakers declined to bake a wedding cake for the couple due to their religious beliefs.

The ruling, issued by Oregon Labor Commissioner Brad Avakian, upheld an earlier finding by administrative judge Alan McCullough, who determined that Sweet Cakes owners Aaron and Melissa Klein had discriminated against the women based on their sexual orientation.

The Kleins said their Christian beliefs against same-sex marriage had prevented them from complying with the cake request. The Kleins were forced to close their storefront in Gresham, a suburb of Portland, Oregon, in 2013 shortly after the lesbian couple filed a civil rights complaint against them. At that time, same-sex marriage still wasn’t legal in Oregon.

The lesbian couple will receive the funds for “emotional, mental, and physical suffering.”

“This case is not about a wedding cake or a marriage,” Avakian wrote, according to the Oregonian. “It is about a business’s refusal to serve someone because of their sexual orientation. Under Oregon law, that is illegal.”

“Within Oregon’s public accommodations law is the basic principle of human decency that every person, regardless of their sexual orientation, has the freedom to fully participate in society. The ability to enter public places, to shop, to dine, to move about unfettered by bigotry.”

The Oregon Bureau of Labor and Industries said, while the Oregon Equality Act of 2007 includes an exemption for religious groups and schools, it doesn’t allow business owners to deny service to customers.

Bureau prosecutors sought $75,000 for each woman – $150,000 total – during a hearing on damages in March. Under the commissioner’s ruling, Rachel Bowman-Cryer should collect $75,000 and her “wife,” Laurel Bowman-Cryer, will collect $60,000. The couple testified in March to the emotional stress they attributed to their experience with Sweet Cakes, including the glare of media attention that followed.

The Kleins are likely to appeal, according to their attorney, Anna Harmon.

“That’s up to our clients,” Harmon said, according to the Oregonian. “I believe at this point they are intending to preserve their constitutional rights as much as they can, and that would look like an appeal.”

In a statement through attorney Paul Thompson, the lesbian couple thanked the Oregon Bureau of Labor and Industries for “sending a clear message that discrimination will simply not be tolerated in our state.”

“This has been a terrible ordeal for our entire family. We never imagined finding ourselves caught up in a fight for social justice,” they said. “We endured daily, hateful attacks on social media, received death threats and feared for our family’s safety, yet our goal remained steadfast. We were determined to ensure that this kind of blatant discrimination never happened to another couple, another family, another Oregonian.”

Aaron Klein also testified that his family had suffered because of the case. Reporters came to his home, his company car was vandalized and broken into twice, and photographers and florists severed ties with the business.

As WND reported, a fundraiser was set up for the Kleins, but after the account had reached more than $109,000, the GoFundMe site shut it down. Lesbian Couple Accuses Christian Bakers Of ‘Mental Rape,’ Awarded $135,000
In their lawsuit, the two women claimed they felt “mentally raped,” as part of a list of 88 symptoms of emotional distress they experienced at being refused a cake. Jon7/10/2015 9:07 am
The recent Oregon bakery case proves that "sex rights" (NOT found in the First Amendment!) can trump even religious freedom rights (featured FIRST in the First Amendment!) Since gonads are now worshipped more than the God who made them (thanks to the godless US Supreme Coup's political tyranny), Oregon should change its name to "Oregonads"! And everyone should visit Google and indulge in "God to Same-Sexers: Hurry Up," "USA - from Puritans to Impure-itans" and "Universal GAYety is Coming."
×