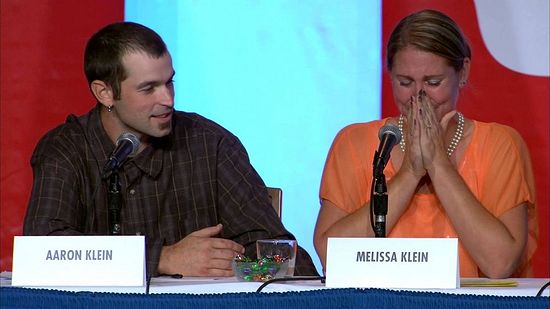 An Oregon judge has awarded Lesbian couple Rachel and Laurel Bowman-Cryer $135,000 for “emotional damages” in a lawsuit against Aaron and Melissa Klein of Sweet Cakes Bakery. They are a Christian couple who declined to provide a wedding cake to the same-sex couple in 2013.

In their lawsuit, the two women claimed they felt “mentally raped,” as part of a list of 88 symptoms of emotional distress they experienced at being refused a cake.

The judge apparently found it unremarkable that “loss of appetite” and “impaired digestion” should lead to “weight gain.”

“[T]he forum concludes that $75,000 and $60,000, are appropriate awards to compensate for the emotional suffering they experienced,” wrote Alan McCullough, administrative law judge for Oregon’s Bureau of Labor and Industries, in his proposed order.

The award will reportedly bankrupt the seven-member Klein family and force Sweet Cakes by Melissa Bakery to shut down. The Kleins’ lawyer, Anna Harmon, said that the damages awarded were not limited to the sale of business assets, but would be taken out of their personal funds.

“The important thing to realize is this,” Harmon said, “This is real money that Aaron and Melissa are going to have to pay that otherwise would be used to pay their mortgage and feed their kids.”

In January of 2013, Laurel Bowman said the bakery would not sell her and her fiancée, Rachel Cryer, a wedding cake. She added that Aaron Klein, co-owner of Sweet Cakes by Melissa, told her that providing them with a wedding cake would be against their religious principles.

This past February, the Oregon Bureau of Labor and Industries (BOLI) announced that the owners of Sweet Cakes by Melissa bakery must pay the lesbian couple damages for refusing to sell them a wedding cake. BOLI spokesman Charlie Burr said there was sufficient evidence that the bakers discriminated against the same-sex couple.

A GoFundMe crowdfunding page in support of the bakery had been set up, but was deleted after the judge’s ruling Friday, since GoFundMe’s terms of service do not allow fundraising for people found in violation of the law. Vic George5/30/2015 11:43 pm
I call BS on this "mental rape". They could have just taken their business elsewhere, but NOOOOOOO, they had to make an example out of those who wouldn't kiss the golden idol of their sexuality. I really hope their "marriage" fails so that they will learn a lesson from their folly.

and may those who stand up for their BELIEFS be forever

Ramon Casha4/29/2015 9:30 am
A BUSINESS is obliged to treat customers equally - it cannot discriminate based on race, gender, age, religion, sexual orientation etc. If a business run by gay people refused to serve Christians they would be sued in the same way. Every country and state has rules that businesses must abide to. If you're a catering establishment you have to have certain hygiene rules. If you're a gas station you have to have fire extinguishers. All businesses need to file certain documents. This is just another such rule: You cannot discriminate between your customers - and religion is not an excuse to get around these laws.

Gabi4/28/2015 4:45 pm
My qwestion is if mr. Aaron and mrs.Melissa have the liberty to sell their products to those that want and their religios beliefs are not damage. No one can change the definition of marriage. Marriage means one husband and one wife. This is God given definition and discription of a marriage.

Mike Sonier4/28/2015 1:13 am
I guess the only ones that have a right to free speech are the ones on the gay side of this equation. Obviously, the gay couple have a right to their type of marriage and lifestyle. That's not the issue. However, speaking as one who has 12 years of counselling experience, they would be hard pressed to find any reputable professional to substantiate their claim regarding the extent of the impact of having been denied their request. Their claim is simply outrageous and obsolutely ludicrous. The real issue is so obviously a misapplication of the law in favor of the gay couple. The owners of the bakery were obviously well within their right to refuse a service on the grounds of their religious beliefs. And they did it with respect from what I understand. That's the main issue. That's what our society has yet to learn, to agree to disagree and do it respectfully. The judge's decision was a shameful and absolute disservice to society.

Tom Braun4/27/2015 2:39 pm
Robbing a family is criminal from the two lesbians,but declining to sell a cake is very stupid. The worst of all are the judges.
×