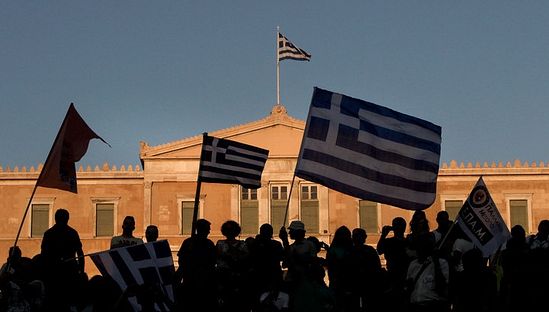 The final results in the Greek referendum have been announced. The Greek Ministry for Home Affairs has reported that all the ballots at the Greece’s polling stations were counted and, according to the final results, 61.31 percent of voters said “no” to the creditors’ proposals, while only 38.69 percent supported the proposals.

The results of the plebiscite have shown the unwillingness of the Greek population to accept the categorical proposals of the European Union along with the International Monetary Fund to continue the bailout program in exchange for curtailment of social programs, reports Vesti.

Prior to the referendum, many Church figures and confessors called upon the Greek people to say “no”, although some hierarches urged them to vote “yes”.

“Europe is leading us to the antichrist. If we say “yes”, then the beast will come, because we have invited him, signing and voting for him,” said Elder Nectarios (Mulatsiotis), “But I will never invite the beast of the Apocalypse. Even if I starve or perish, I will die as a martyr for Christ.” The Holy Synod of the Orthodox Church of Greece is troubled by the people’s economic situation
Greek Patriarch Theophilos III on Thursday voiced his belief in the ability of religious leaders to be an influence for good during a reception hosted by the president at his residence. The Greek Economic Crisis: An Interview With Metropolitan Hierotheos of Nafpaktos

The Greek Economic Crisis: An Interview With Metropolitan Hierotheos of Nafpaktos
Met. Hierotheos Vlachos
But there is a basic principle: Christianity does all its social work mainly within the church area. Those who perceive the Church as an ideology, as a social and religious system, become frustrated. Those living outside the Church and are involved a few times a year in church life, do not know what is in it.
Comments
×