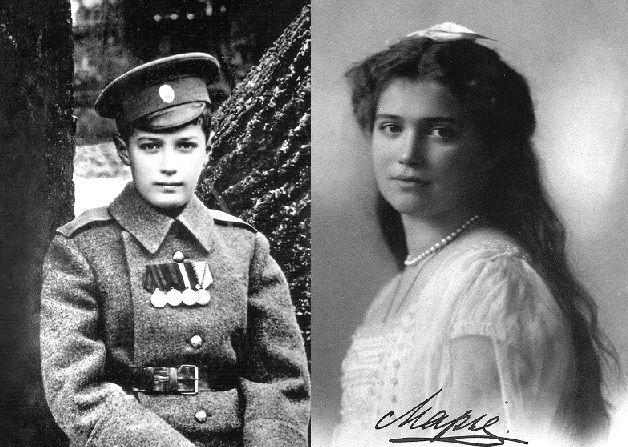 Russian Prime Minister Dmitry Medvedev has tasked a working group with studying and reburying the remains of two members of the Russian Imperial family who were murdered by Bolshevik revolutionaries almost 100 years ago.

Tsesarevich Alexei Nicholayevich and his sister Grand Duchess Maria Nicholayevna were murdered along with their other siblings and parents — Emperor Nicholas II and the Empress Alexandra Feodorovna — and four family retainers in the basement of the Ipatiev House where they had been imprisoned in the Ural Mountains city of Ekaterinburg in 1918 as White army forces closed in on the city.

A working group headed by deputy Prime Minister Sergei Prikhodko will oversee the reburial of their remains, according to a decree posted Thursday on the government's website.

Ministry heads and deputy heads and representatives of public and religious groups will join Prikhodko in the interdepartmental group, the decree said, along with representatives of the St. Petersburg government, suggesting the remains will be buried with those of the rest of the family in that city's Peter and Paul Cathedral.

“The working group's actions will be targeted at preserving the historical heritage of the Russian peoples and forming a civic identity of the Russian nation," read the decree signed by Medvedev.

"Today, under President Putin, I hope (the burial) will be completed," the head of Russia's archive agency, Andrei Artizov, told RIA Novosti news agency on Friday.

The remains of Alexei, who was only a month shy of his 14th birthday when he was brutally murdered, and Maria, 19, were discovered in the Sverdlovsk region in 2007, and their remains are currently being kept in the country's state archive.

The Romanov dynasty had ruled Russia for more than 300 years before the Bolshevik Revolution of 1917 that saw the tsar abdicate and the Imperial family murdered along with other Romanov family members.

The remains of Nicholas, Alexandra and their other children Olga, Tatyana and Anastasia were discovered in the Sverdlovsk region in 1991 and were reburied amid great ceremony in the St. Peter and Paul Cathedral in St. Petersburg in 1998.

While Russian criminal investigators have ruled that the remains of Alexei and Maria are authentic after DNA testing, their identity has not been accepted by the Russian Orthodox Church, which has canonised the last Romanovs, or by members of the Russian Imperial House.

The Church does not recognise any of the remains of the Romanovs as holy relics and the Patriarch did not attend the 1998 burial.

The new working group will include members of religious organisations, the government said.

A senior Orthodox Church spokesman, Vsevolod Chaplin, called the working group "timely" and "serious", but stressed that it must "eliminate all the questions from experts and the public."

"I hope the working group will help answer all the difficult questions in a spirit of openness and honesty," Chaplin told TASS news agency.

Romanov family wants new probe into Nicholas II killing
The Romanov family is demanding a new criminal case to investigate the killing of Russia's last Tsar and his family.
Comments
×