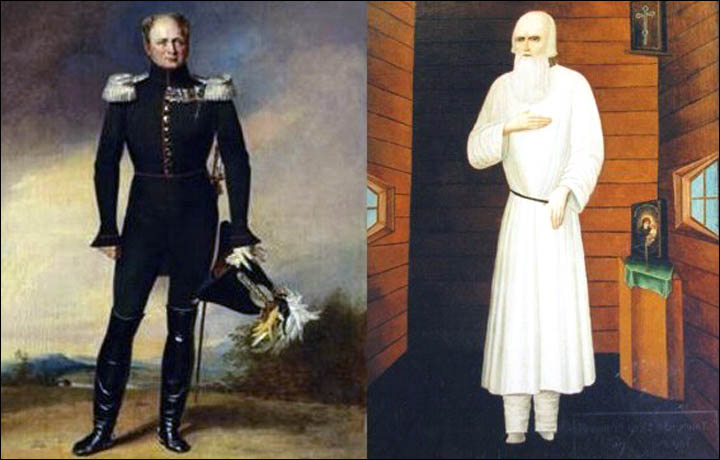 
Rumours have long suggested that emperor Alexander I staged his death in 1825 and became holy man Feodor Kuzmich, also known as Feodor Tomsky.

A theory was that he wanted forgiveness for any role he may have played in the assassination of his father Pavel I in 1801, or in benefiting from the work of others in slaying the tsar.

Now analysis by Svetlana Semyonova, president of Russian Graphological Society, suggests strong similarities between the handwritings of Alexander I and the mysterious monk. 'I was given a handwritten by Alexander I at the age of 45, and also another handwritten sample by Feodor Kuzmich,' she said. 'As a graphologist, I have noted an unusual style of both handwritings.' 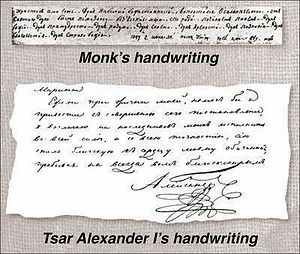 Tiny characteristics of the handwriting and the psychological portraits of both authors suggest with the high level of certainty that 'it was one and the same man.

'The only difference is that in the handwriting of an 82 year old man we can see that he was deep in his spiritual world, arches and circles appeared in his writing.

'But key features remained the same in all works.'

The tsar died 1 December 1825 at the age of 47. He contracted a cold which developed into typhus, from which he died in the southern city of Taganrog. His wife and empress Elizabeth died the following year, but again amid rumours that the death was faked, and that she became a nun, known as Silent Vera. 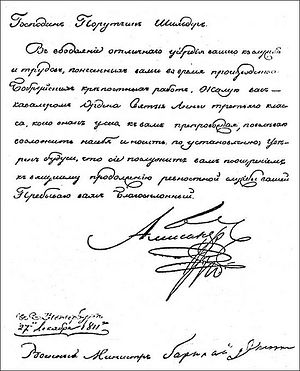 Sample of Alexander I's handwriting
Newspaper Rossiyskaya Gazeta reported that her handwriting of the tsarina and nun were also similar.

The monk appeared in the Siberian city of Tomsk in 1837 and lived there until his death in 1864.

Since 1995, the remains of 'saint monk' Feodor are treated like a relic in Tomsk.

Professor Andrey Rachinsky, of the Paris Institute of Eastern Languages and Civilisations, said at a forum on Alexander I in Tomsk that various other facts point to a link between the royal and the monk. For example, a portrait of the monk was on the wall of Tsar Alexander III office next to those of his royal predecessors. 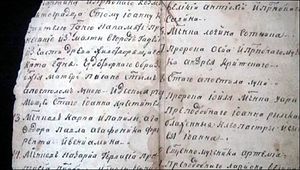 Sample of Monk Feodor's handwriting
A merchant from Tomsk, Semyon Khromov, in whose house Feodor lived, passed his belongings after his death to the head of Holy Synod Konstantin Pobedonostsev, a man seen as close to the tsar. The professor also noted that the empress Elizabeth (Elizaveta) did not act as might have been expected after her husband's death in Taganrog.

Tomsk branch of the Orthodox church is not against the idea of holding a DNA test of the remains of monk Feodor. 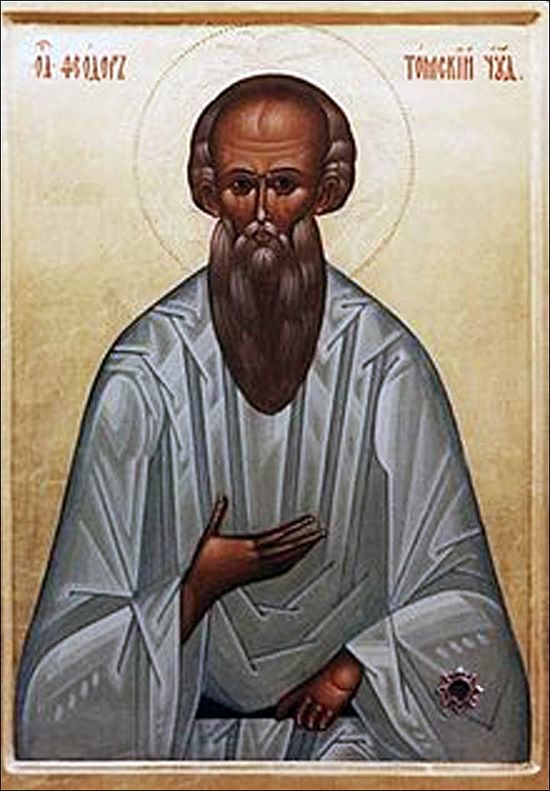 Writer Leo Tolstoy wrote: 'Even when monk Feodor Kuzmich was alive - he came to Siberia in 1936 and lived for 27 years in various places there - there were strange rumours about him that he was hiding his real name and position and that it was Emperor Alexander I. After the monk's death these rumours only spread and became stronger. Not only common people believed them but many from the elite, including the royal family of Tsar Alexander III. 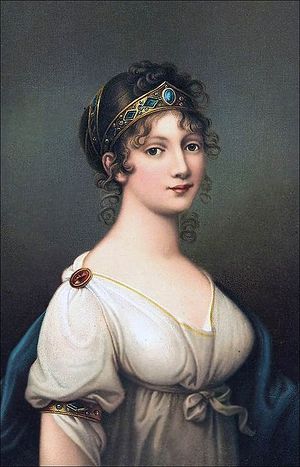 Empress Elizabeth
Alexander's wife and empress Elizabeth died the following year, but again amid rumours that the death was faked, and that she became a nun, known as Silent Vera.

'The reasons for these rumours were the following: Alexander died unexpectedly, he did not suffer from any disease before, he died far away from home in a remote place of Taganrog, and when he was put in the coffin many who saw him, said that he changed a lot, this is why the coffin was quickly sealed.

'It was known that Alexander said and wrote that he wanted so much to leave his post and to stay away from this world. And one more fact which is less known is that in the official statement where Alexander's dead body was described there was a line that his back and bottom were of dark red colour and it was hardly possible to be a true description of the body of the emperor'. 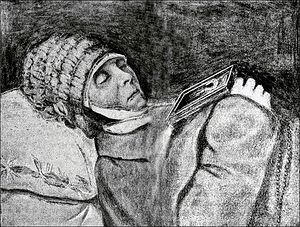 Silent Vera
Back to Kuzmich and why he was thought to be Alexander. First of all the monk's height and appearance was so much like the emperor's, that people (especially servants who confirmed Kuzmich was Alexander) who saw Alexander or his portraits have found them really identical.

'The age was the same, the same kind of round shoulders.

'Secondly, this Kuzmich who used to say that he was a homeless man who does not remember his family, knew foreign languages and was in a noble way gentle with others which clearly meant that he was the person with a high position in the society.

'Thirdly, the monk never told his name and position to anyone but sometimes he clearly behaved in a way he was higher than other people. 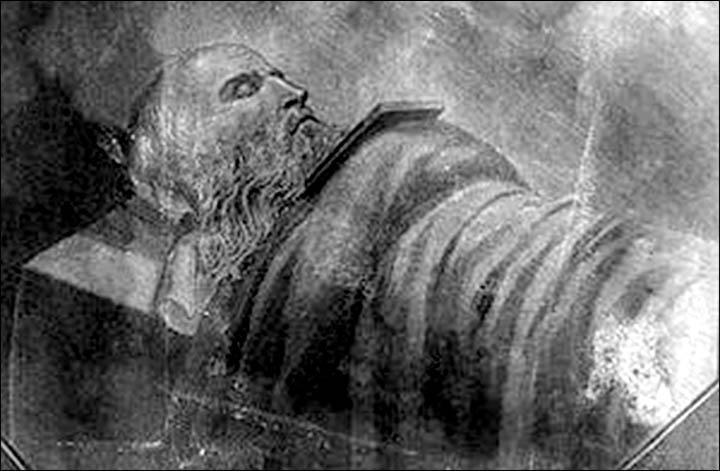 Monk Feodor on his deathbed

'Fourthly, before his death he destroyed some papers but one sheet remained, it was a coded message signed with initials A. and P. (which supporters of the theory see as standing for Alexander Pavlovich, his name and patronymic). Four centuries of the Imperial House of the Romanovs

Consorting with the kings and tsars for nearly a millennium
Official diplomatic ties have existed between Denmark and Russia for over 520 years, but their shared history goes back much further than that.

Castrese Tipaldi10/12/2015 1:26 pm
Well, if he really was the Tsar Alexander, in 1825 he was the most powerful man in the world.
Renouncing all the honors, privileges and riches, he did fast once and for all.
×