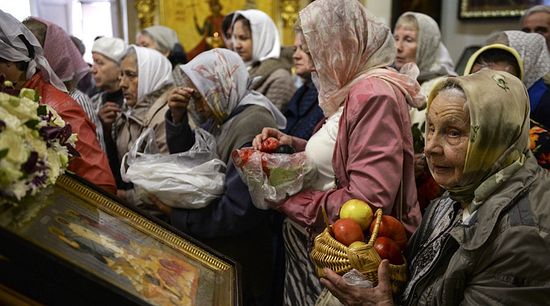 A Russian municipal lawmaker famous for his staunch anti-gay stance has announced the foundation of a major international human rights association to redress the balance in favor of traditional values.

Vitaly Milonov said in an interview with popular Russian daily Izvestia that the first meeting of the new group called “Volunteers of Freedom” will take place in St. Petersburg on October 26.

He told reporters that the talks on the foundation of the new association had been had with a number of foreign politicians and representatives of some countries, such as Cyprus and Lebanon, and they had already agreed to participate. Milonov also promised that the governing body of his group would be made up of about 12 “real political figures” from European and Asian countries.

The lawmaker emphasized the main objective behind his project was to bring balance to the international human rights sector, currently dominated by Western organizations that, according to Milonov, only protect private political and economic interests and completely forget about their main task – helping ordinary people.

“In a number of countries it is now impossible to publicly remain a believer and to follow traditional views in everyday life. Such problems exist in Kosovo, in Britain, in Norway. All traditional religions have very definite views on family and these views contradict the standards imposed by the ‘new world’” Milonov told reporters.

“Rights activists and state officials abroad are deaf to many people. Our country will support all these humiliated and crushed people. They see hope in Russia and we must give them this hope,” Milonov said.

The head of the Russia-Cyprus Orthodox Christian Center Marios Photiou confirmed his participation in the Volunteers of Freedom project, adding that he considered it very important for his country to oppose the pro-gay initiatives pushed through by foreign nations. “We don’t have a strong gay lobby like other European countries, but still our government has already signed a memorandum and promised to change our laws in favor of the gay community in exchange for financial support from abroad. The government is now pressuring parliament seeking to pass legalization of same sex marriage and child adoption by same sex couples,” he said.

Vitaly Milonov is well-known in Russia and abroad as the main sponsor of the banning the promotion of homosexuality to minors. The law was first adopted in Milonov’s home city of St. Petersburg and then throughout the Russian Federation. His other initiatives included a bill outlawing child beauty pageants, forced resettlement of homeless people to rural areas, a campaign against fake accounts in social networks and many others.

Last week, Milonov said he wanted to discuss the situation of LGBT rights in Europe in a public debate with British pop star Elton John, but the singer turned down the challenge. Kirov police launch 'homosexuality propaganda' case against Apple at local lawyer's request
In accordance with the requirements of the federal law 'On the protection of children from information harming their health and development', copies of the police inquiry files have been forwarded to the Sikorsky Inter-Regional Forensic Bureau, which will have to decide whether or not these Apple emoticons actually promote homosexual relations.

Bishop Petru (Mustiata): “We Are Being Destroyed by Means of Their Non-Discrimination”
Bishop Petru (Mustiata)
"If four of five colleagues in a collective are sound and one is an infectious disease (tuberculosis, cholera, etc.) carrier, then he or she must be isolated and provided with medical treatment. But, from the standpoint of non-discrimination, if the carrier of the infection does not wish to be isolated and put on medication, then he or she is regarded as a victim of discrimination, while his or her colleagues will be fined."
Comments
×