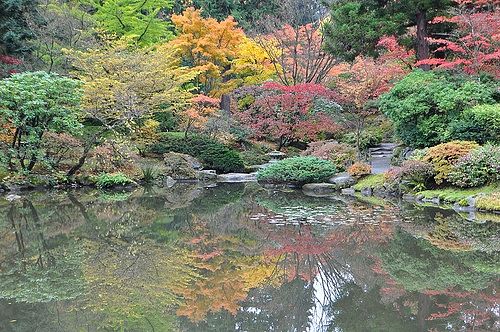 “And the LORD God planted a garden in Eden, in the east; and there he put the man whom he had formed. And out of the ground the LORD God made to grow every tree that is pleasant to the sight and good for food, the tree of life also in the midst of the garden, and the tree of the knowledge of good and evil.” (Genesis 2:8-9) 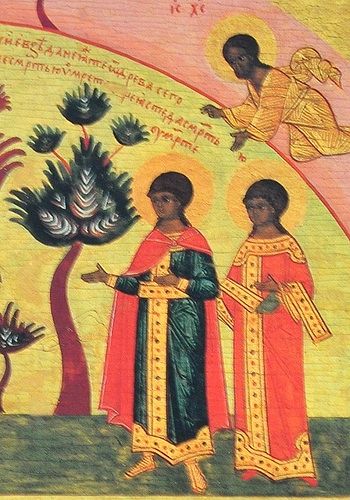 The Fathers of the Church were biblical literalists in the sense that they took every single word of Scripture seriously. The words of Scripture had a plain meaning, but they also both hid and revealed a spiritual sense. Entering into the spiritual sense or meaning of the text was an entry into Paradise. St Gregory of Sinai (d. 1346AD) commenting on Genesis 2 in which God places the first human in Paradise:

“Paradise is twofold – sensible and spiritual: there is the paradise of Eden and the paradise of grace. The paradise of Eden is so exalted that it is said to extend to the third heaven. It has been planted by God with every kind of sweet-scented plant. It is neither entirely free from corruption nor altogether subject to it. Created between corruption and incorruption, it is always rich in fruits, ripe and unripe, and continually full of flowers.

When trees and ripe fruit rot and fall to the ground they turn into sweet-scented soil, free from the smell of decay exuded by the vegetable-matter of this world. That is because of the great richness and holiness of the grace ever abounding there.” (THE PHILOKALIA, Kindle 40797-40804)

St. Gregory of Sinai’s description makes Paradise heavenly or divine, and yet it has the characteristics of our empirical world. For even in Paradise, according to Gregory, trees and fruit rot and fall to the ground. The flora of Paradise shares characteristics with the flora of we know on earth. And yet there is a spiritual difference in the empirical nature of things – for though tree and fruit eventually succumb to rot and decay, they have no smell of decay but rather contribute a sweet scent of the earth. There are no offensive odors in Paradise for everything is sweet, lovely, filled with life and light. It is, as Gregory describes it, a world between corruption and incorruption. It is not yet a world of eternal life, and yet the stench of decay is not natural to it. 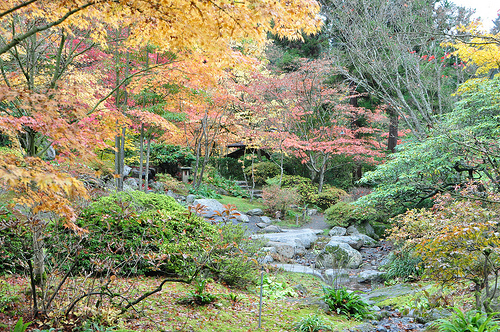 St. Gregory is following a tradition, understanding Paradise to have both an earthly sense and a heavenly which can also be found 600 years earlier in the writings of St John of Damascus (d. 749) who in his An Exact Exposition of the Orthodox Faith writes about Paradise as a kingdom:

“Now when God was about to fashion man out of the visible and invisible creation in His own image and likeness to reign as king and ruler over all the earth and all that it contains, He first made for him, so to speak, a kingdom in which he should live a life of happiness and prosperity. And this is the divine paradise, planted in Eden by the hands of God, a very storehouse of joy and gladness of heart (for “Eden” means luxuriousness). Its site is higher in the East than all the earth: it is temperate and the air that surrounds it is the rarest and purest: evergreen plants are its pride, sweet fragrances abound, it is flooded with light, and in sensuous freshness and beauty it transcends imagination: in truth the place is divine, a meet home for him who was created in God’s image: no creature lacking reason made its dwelling there but man alone, the work of God’s own hands. 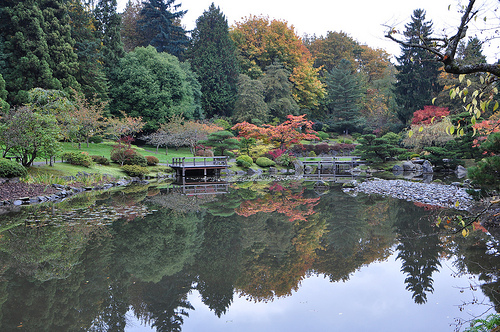 Thus, to my thinking, the divine Paradise is twofold, and the God-inspired Fathers handed down a true message, whether they taught this doctrine or that. Indeed, it is possible to understand by every tree the knowledge of the divine power derived from created things. In the words of the divine Apostle, For the invisible things of Him from the creation of the world are clearly seen, being understood by the things that are made (Romans 1:20).  . . . 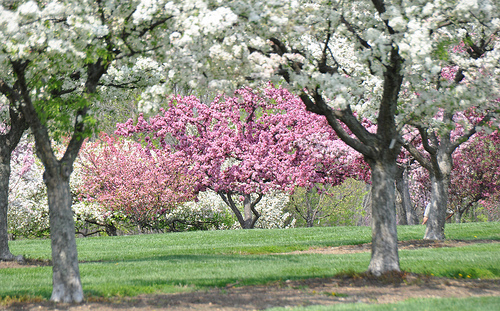 The tree of life too may be understood as that more divine thought that has its origin in the world of sense, and the ascent through that to the originating and constructive cause of all. And this was the name He gave to every tree, implying fulness and indivisibility, and conveying only participation in what is good. But by the tree of the knowledge of good and evil, we are to understand that sensible and pleasurable food which, sweet though it seems, in reality brings him who partakes of it into communion with evil. For God says, Of every tree in Paradise thou mayest freely eat. It is, me-thinks, as if God said, Through all My creations thou art to ascend to Me thy creator, and of all the fruits thou mayest pluck one, that is, Myself who art the true life: let every thing bear for thee the fruit of life, and let participation in Me be the support of your own being. For in this way thou wilt be immortal. But of the tree of the knowledge of good and evil, thou shalt not eat of it: for in the day that thou eatest thereof thou shalt surely die.For sensible food is by nature for the replenishing of that which gradually wastes away and it passes into the drought and perisheth: and he cannot remain incorruptible who partakes of sensible food.” 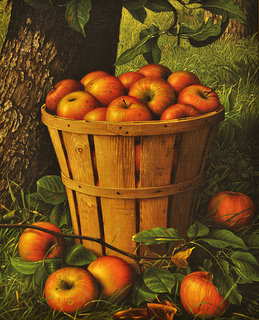 Outside of Eden
George Strickland

Outside of Eden
George Strickland
We are just outside of Eden, but on this side of Pascha. Bishop Kallistos observes, “Lent is a time when we weep with Adam and Eve before the closed gates of Eden, repenting with them for the sins that have deprived us our free communion with God. But Lent is also a time when we are preparing to celebrate the saving event of Christ’s death and rising, which has reopened Paradise to us once more (Luke 23:43).” The Gates of Paradise
Yuri Klitsenko
In the Holy Scripture the temple of God is compared with paradise. In the vision of prophet Ezekiel the garden of Eden grows on the banks of the river that flows from the temple: "Waters issued out from under the threshold of the house eastward: for the forefront of the house stood toward the east, and the waters came down from under from the right side of the house, at the south side of the altar…And by the river upon the bank thereof, on this side and on that side, shall grow all trees for meat, whose leaf shall not fade, neither shall the fruit thereof be consumed: it shall bring forth new fruit according to his months, because their waters they issued out of the sanctuary: and the fruit thereof shall be for meat, and the leaf thereof for medicine"(Eze 47:1-12).
Comments
×