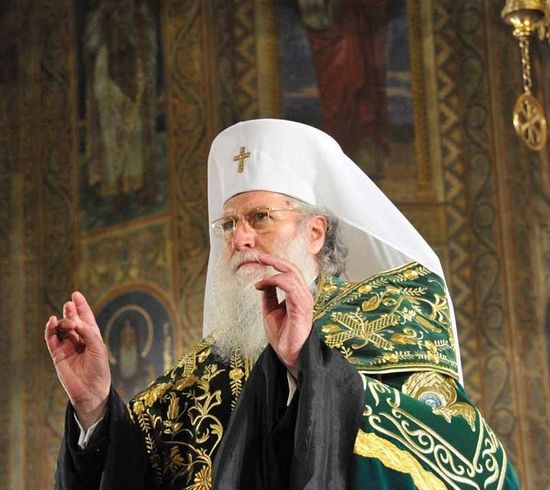 Patriarch Neophyte of Bulgaria expressed his concerns over violations of Orthodox believers' rights in Ukraine.

"We are seriously concerned with the numerous documented violations of the rights of the believers belonging to the only canonical Church in Ukraine. First of all, we refer to seizures of UOC churches by force," the patriarch said in his letter to Ukrainian president Pyotr Poroshenko, the UOC press service reported on Wednesday.

The primate pointed to the attempts to take the Pochayev Lavra and the Kiev Caves Lavra from the canonical Church and to give them to the self-proclaimed Kiev Patriarchate.

"The realization of such a scenario would not only destabilize the social situation in Ukraine, but also would make it impossible for Orthodox hierarchs, clerics and believers from other countries to visit the mentioned Lavras as we do not have Eucharistic and prayerful communion with schismatic odies," the letter reads.

Patriarch Neophyte asked Poroshenko "to take all necessary measures to protect the rights of the Ukrainian Orthodox Church, securing its churches from being captured, and from other forms of forceful and informational pressure."

Editor12/31/2015 12:48 pm
Roman, Please read more about the history of the Ukrainian Church. Your comments are wrong-headed and this thinking can only cause more trouble. The Russian Church saved Ukrainian Christians in the past from Uniate aggression, and the canonical Ukrainian Orthodox Church (MP) is by far the largest and most popular Church there. The others are psuedo churches. The "Kiev Patriarchate" is a false church created for political reasons. The Church is beyond politics. And please note--the canonical Ukrainian Orthodox Church is self-governing. Stop spreading dangerous misconceptions.

Fr. John McCuen12/16/2015 7:23 pm
May God grant that President Poroshenko will hear the request of Patriarch Neophyte of Bulgaria, and protect the rights, property and people of the Ukrainian Orthodox Church.
×