St. Herman of Alaska: A Pre-Christmas Gift to America 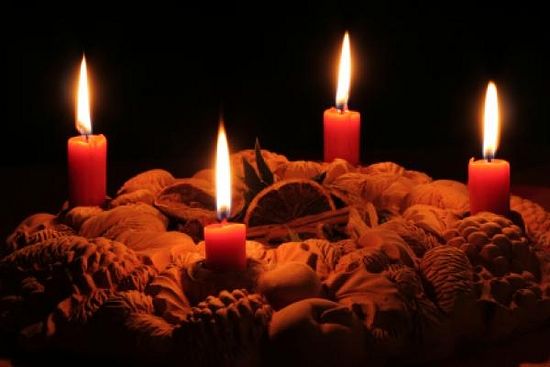 For quite some time before Christmas the atmosphere of society is charged with a festive mood. Orthodox Christians keep a preparatory fast, but not without small sweetmeats, always quickly spotted by the children. With great excitement the children await Christmas Eve, when in festive gatherings around the sparkling and beautifully decorated Christmas tree they wait to receive presents, whether they deserve them or not. In Western countries, including our own believing non-Orthodox America, many families make an evergreen wreath with four candles for the four Sundays before Christmas; and in the evening before supper they light one candle for each week and sing “O Come, O Come, Emmanuel,” and so forth, in anticipation of the Christmas celebration. The mood created by the rose-colored glimmer of the candle and the peaceful and quiet family surroundings lead one to reflect on the approaching Nativity, which in the West is celebrated with greater festivity than Pascha itself.

On the streets in these pre-Christmas days, even from the start of our 40-day Orthodox Advent Fast, something incredible takes place. The Christmas party breaks out, filled each day with the wildest assortment of gifts money can buy, wrapped up in the most alluring glitter and exciting colors. Of course, there is something enchantingly childlike in all of this, which even strongly adds to the festive mood. Wonderful Christmas songs and house-to-house caroling, sometimes with resounding classical chorales, touch the soul with tales of that silent, holy night when peace-giving quietness entered this vain world on tip-toe, indicating the coming of the Savior of the world. 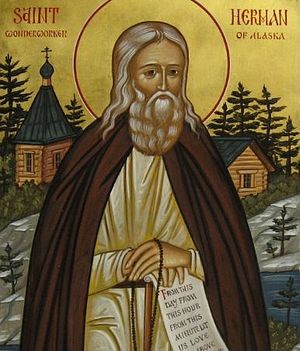 St. Herman of Alaska
And here, in the midst of this pre-Christmas joy so filled with impressions, there enters into the American consciousness a Russian monk from Valaam who was also connected with children, coziness, spice-cake, pretzels, covered by the Alaskan snow—St. Herman the Wonderworker of America. Although he has still not come to be seen in this way by all Orthodox Church communities, yet truly does he appear to all believing church-goers today as a real pre-Christmas gift.

His death took place on the very first day of the Advent Fast: he died amidst his orphaned Aleuts in a glow of heavenly light, in a fragrance of otherworldly incense. This took place, according to the Church Calendar, on the 15th of November, 1836. His poor half-earthen cell on Spruce Island shone from within, as if to comfort his orphaned disciples whom he had gathered for the sake of Christ’s commandments and out of human kindness.

The orphans waited for a priest to come and hold a funeral service before committing their beloved father’s earthly remains to the earth. Frightful winter storms, however, prevented the priest’s passage; and so almost a whole month passed before the orphans finally decided to bury St. Herman. When others began to write about the last days and repose of the Saint, they made one mistake: they confused the date of St. Herman’s burial with the date of his death, and from that time on all accounts of his death contained the erroneous date of December 13th (or December 12th). They even got the year mixed up, and instead of 1836 they made it one year later.

And thus something of a miracle took place: something to comfort those Orthodox Christians who don’t want to celebrate the Birth of Christ on the Church date of December 12th as the entire West erroneously does, but rather on December 25th according to the Church Calendar.1 By God’s providence it so happened that, when in the pre-Christmas rush Orthodox children involuntarily fall into a festive mood and might be tempted to give in and celebrate Christmas two weeks early, there appeared the feast day in honor of St. Herman!

This feast of St. Herman, celebrated when the West celebrates Christmas, has been kept by his fellow strugglers in Christ in far-away Russia, in order to kindle the light of Christ, the Sun of Truth, the Star of Bethlehem over America, which still does not know the fullness of Christianity—Orthodoxy! But Orthodoxy today is attracting a many Americans and chosen believers from other Western countries. For them also St. Herman has appeared as a pre-Christmas gift, leading them, just like the star of Bethlehem, through the vanity of worldly Christmas preparations.

Even though the correct date of St. Herman’s commemoration has been established for over a century, the erroneous date still appeared necessary so as to relieve the feeling of a “two-Christmas” dilemma among Orthodox people following the traditional Church calendar in the West. The feast of St. Herman is precisely a Christmas “Pre-Feast,” or, it may be said, and indulgence in honor of this child-loving, humble, orphan-nurturing Saint—the first Orthodox Saint of America and, as such, its heavenly protector.

This therefore is the Pre-Christmas gift, sent by our Lord by way of Holy Russia, in order to help the last Christians who are burning their pre-Christmas candles in preparation for the second coming of Christ. 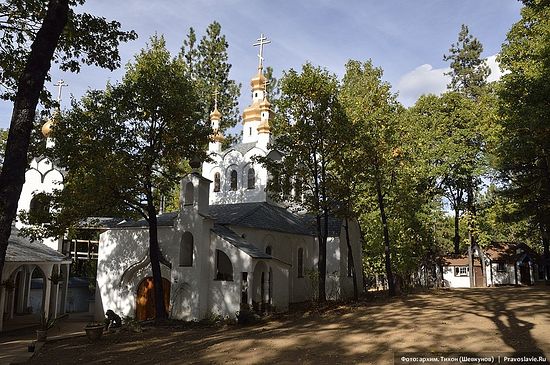 It’s as if, in America, a whole string of small, humble holy places and monastic abodes have followed from the initial work of the holy elder Herman. There the spirit of this pre-Christmas expectation, like meekly burning little candles, stands out against the darkness of rising apostasy. Is not this also St. Herman’s gift, whose essence goes unnoticed by the world: an unfolding panorama of North America lightly sprinkled with small refuges of living Orthodoxy in our evil times? Is not this a touching picture? Is it not in keeping with the spirit of the first Christians, who took refuge in complete mutual peace in the quiet activity of prayerful podvig, awaiting the coming of that precious Gift, when the entire universe will be illumined by that other-worldly Light and the entire meaning of life, joy, and God himself will be recognized?

Accept, O brothers and sisters in the faith of Christ, this winged image of the dweller of Valaam, who with a humble step is already making his way back to contemporary Russia from far-away America. This is our Herman the Wonderworker! In him flows the great power of Hope. Hope is a gift of God, consisting of the desire for the victory of Goodness, Beauty, and Truth over evil. This thirst inspires the soul and leads her to the threshold of Christ, Who is able to instill in every soul the spirit of trust and a sincere love for one’s fellow man. And trust and a resolve to do good lead one to build a life in Christ, such as was taught by St. John of Kronstadt, the first Orthodox saint to be glorified in America (in 1964).

As a gift from God, St. Herman left behind a spiritual garden, a thirst for monasticism in North America. Having called his Spruce Island “New Valaam,” he set the tone for all subsequent seekers to find the true path to Christ through the podvig of asceticism, through the struggle with evil inside oneself, and through (in the words of his contemporary, St. Seraphim of Sarov) the acquisition of the Holy Spirit.

Be obedient, O brothers and sisters, to the meek advice of the holy elder Herman himself, who calls us to follow in Christ’s footsteps. Respond to his call to be an obedient, fervent, Orthodox representative of the Lord’s work! Pray, be calm, and listen to the song calling in the night to the shepherds of Bethlehem… They listened and were enraptured at the wonder. But do we hear it?

The Pre-Christmas gift which we are to give is to hear the call and hurry, while it is still not too late, to be a spreader of Christ’s Faith. Bring yourself as a gift to Christ the Newborn Savior of the world, Who suffers for the lost human race! Christ is Born! Glorify Him!

1 This refers to the difference between the “old” and “new” calendar, the latter of which the author did not accept.
See also