'No room at the cinema for the baby Jesus’

Advertising chiefs accused of banning the Lord’s Prayer from cinemas are now facing accusations of shunning Mary, Joseph and the baby Jesus.

Plans to show a short video promoting the message of Christmas, and featuring a nativity scene, around the festive season have been rejected as too “religious” for the big screen.

An alliance of churches and Christian charities funded and made the 45-second film as part of its annual “Christmas Starts with Christ” campaign.

It was launched online last Christmas and has been viewed 250,000 times and the organisers had hoped to take it to cinema screens this year.

But the advertising contractor Digital Cinema Media (DCM), which handles commercials for the Odeon, Vue and Cineworld chains, has now ruled out showing the film. 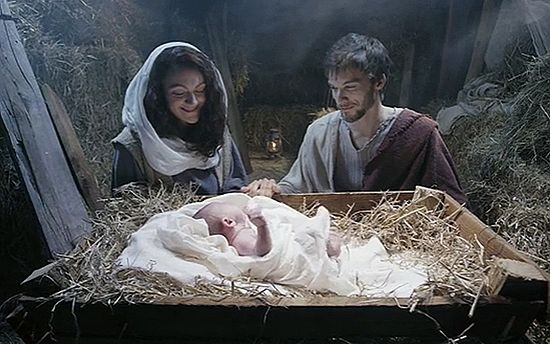 It follows controversy last month after DCM turned down plans to show an advert, backed by the Church of England and featuring the Archbishop of Canterbury, reciting the Lord’s Prayer.

It uses reverse time-lapse techniques to take viewers from a living room where a young couple sit with their newborn baby in front of a roaring fire to the stable in Bethlehem.

It ends with the sound of a baby giggling uproariously as the slogan “Christmas starts with the power of Love” appears on a blank screen.

The Church of England likened DCM’s decision to the innkeepers in Bethlehem who had no room for Mary and Joseph.

Francis Goodwin, chair of ChurchAds.net, the charity that commissioned the commercial said: “Our aim is to gently remind people of why and what we celebrate at Christmas; and to do so in a contemporary and creative way.

“There is nothing offensive or intimidating about the ad, which has BBFC and CAA approval.” 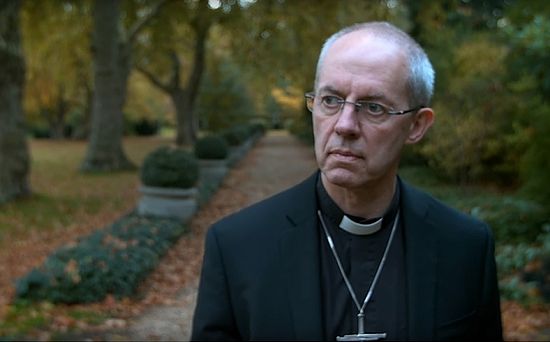 The Archbishop of Canterbury in the Lord's Prayer advert Photo: Church of England/YouTube

The Rev Arun Arora, the Church of England’s Director of Communications said: “Many families will be looking forward to going to the cinema during the Christmas holidays.

“It is astonishing that Digital Cinema Media refuses to show a short film focused on the holy family.

“This is not so much no room at the inn but a refusal by the innkeepers to take in any family who are religious.”

In a statement, the company said: “Digital Cinema Media was approached by Premier Christian Radio on December 16 to screen a ‘Christmas Starts with Christ’ advertisement.

“The committee met at its regular weekly meeting today (22 December) and has declined the advertisement on the grounds that it constitutes religious advertising.

“DCM has a long-standing policy of not accepting political or religious advertising in the cinemas we represent." Queen to speak up for faith and Christianity

Queen to speak up for faith and Christianity
The Queen will use her traditional speech broadcast on Christmas Day to reflect on her personal faith and her belief in the enduring role of Christianity at the heart of British life. Lord's Prayer ad cinema ban 'rather chilling in terms of limiting free speech'
The Church of England has said the policy preventing them from showing an advert featuring the Lord's Prayer did not exist at the time they were trying to get the video into cinemas.