“Paata, do you fast?” How a Georgian opera singer’s son was saved through Patriarch Ilya’s prayers

Today is the thirty-eighth anniversary of the Patriarchal enthronement of Patriarch-Catholicos Ilya II of all Georgia. On December 23, 1977, the highly respected Patriarch was chosen, and on December 25, 1977 he was enthroned. We congratulate him with all our hearts. 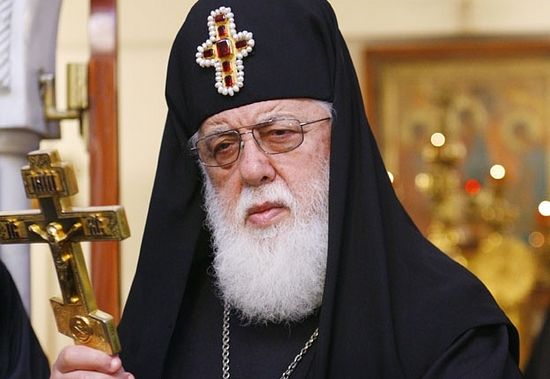 Patriarch-Catholicos Ilya II of all Georgia

The world-famous opera singer Paata Burchuladze related how through the prayers of His Holiness the primate of the Georgian Church, his son was saved from death.

“In 1989 I was in Italy when my friends called me and told me that I needed to drop everything and go to Georgia, because my son had been fatally wounded. All of Tbilisi knew about it.

“In a state of complete shock I naturally flew back to Tbilisi. My friends met me at the airport. We went immediately to the republican hospital, where I saw my son in an unconscious state. Everyone thought that I would not find him alive. 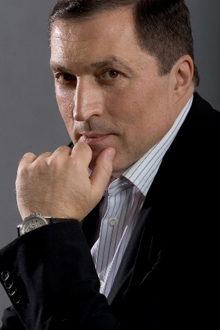 Paata Burchuladze
“I entered the Patriarchate, fell on my knees before His Holiness, and began sobbing…

“I sobbed like any father would who was losing his child and mourning over him. I could barely even get the words out about my catastrophe. Tearfully I begged our Patriarch to save my son. Seeing me in such a state, he was very concerned; he turned to the icons and started praying…

“He prayed and prayed, and at one moment he turned to me and asked, ‘Paata, do you keep the fasts?’ I answered, no… He turned silently to the icons again and continued praying.

“A little while later he turned to me again and asked another question. ‘So, Paata, you never receive Communion?’ I replied that I didn’t… Eh, he shrugged his shoulders, and continued praying…

“All the while I was on my knees, sobbing… The Patriarch finished praying, came over to me, sprinkled me with holy water, and said, “Now go, your son will surely be saved, only you must definitely start observing the fasts and receive Communion…”

“Having received this hope and blessing, I left in silence. When I returned to the hospital I went into the emergency ward and couldn’t believe my eyes… My son was sitting on his bed and smiling! The boy whom only forty-five minutes ago when I left was unconscious, the boy who had be fatally wounded, whom they thought I would never see alive, was sitting on his bed, full of life and smiling… I didn’t know what to do… In that moment there could not have been a happier man on earth.

“If that had not happened to me, I probably wouldn’t have believed it from anyone else. This was witnessed by me and around 100 other people who were supporting me in that difficult moment, all sadly assuming that it was all over for us. But my beloved Patriarch, by his prayers to our Lord Jesus Christ, saved my son and gave him to me a second time!” Catholicos-Patriarch of All Georgia turns 82

Catholicos-Patriarch of All Georgia turns 82
The future Patriarch Ilia II (birth name: Irakli Georgievich Ghudushauri-Shiolashvili) was born on January 4, 1933, in the city of Vladikavkaz (now the capital of the autonomous republic of North Ossetia in SW Russia).