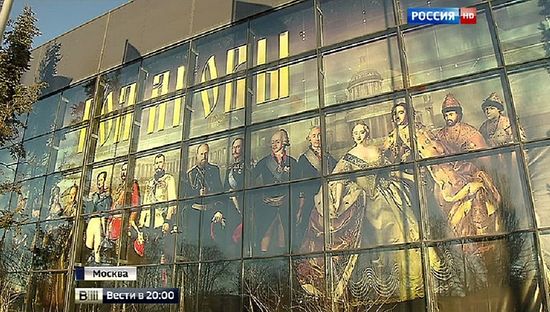 The exhibition occupies 22,000 square meters, located in 18 halls on 2 levels in the newly renovated pavilion number 57. The pavilion is located on the main avenue of the VDNKh complex next to the Industrial Square, during the Soviet years it was used for trade shows.

The exhibition is based on the materials of two major multimedia exhibitions in the ‘My History’ series, both of them were first displayed at the Moscow Manege. The multimedia exhibition explores the history of the Romanov dynasty (1613-1917), and the Rurikovichi (the descendants of Rurik) and the 700-year-long history of the Ancient Rus. The exhibition was established under the auspices of the Patriarchal Council for Culture and organized by the Presidential Administration of the Russian Federation, and the Ministry of Culture of the Russian Federation.

Dozens of highly-qualified professionals took part in the project. The building is equipped with touch-sensitive tables and monitors, cinemas, projectors and tablets. Experts used animated sequences, 3D modeling and digital reconstruction in the process of implementing the project.

The renovated building has been equipped with an upgraded ventilation system, air conditioning and adapted for people with disabilities. The museum is planning events such as an historical buffet, where visitors are offered dishes from the Romanov and Rurik eras, local artists, concerts and lectures by well-known historians. 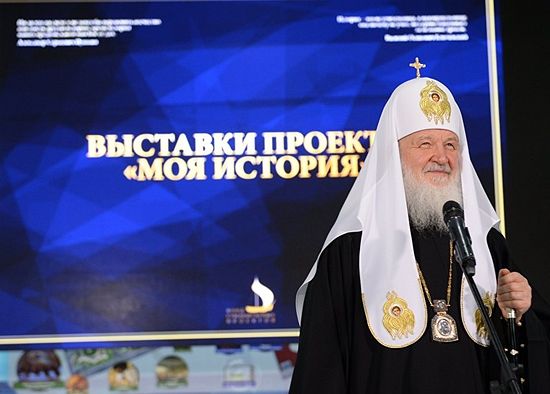 His Holiness Patriarch Kirill of Moscow and All Russia at the official opening ceremony held on 29 December, 2015

Patriarch Kirill of Moscow and All Russia believes it is essential to know the history of one’s homeland and understand the values and ideals of the older generations. Patriarch Kirill said in his speech at the opening ceremony of the ‘Russia Is My History’ park that history was key to building a national idea.

In his opening address, His Holiness said history gave rise to national ideas. “The national idea is deeply entrenched in a country’s history, understanding what heroes of the past believed in, what they were fighting for and why they sacrificed their lives,” he added. He said the historical goals and values of our ancestors shaped the national idea and no colorful images of the present could substitute the deep meaning people would be happy to die for. “A nation’s immortality lies in the continuity of generations,” Patriarch Kirill said, calling for “living, working, loving and defending what is dear to you.” He said he hoped the new exhibition would help Russians “embrace the ideals of older generations, the ideals that have survived to this day.”

The VDNKh exhibition is planned to incorporate the third part of the ‘My History’ series, entitled ‘My History. From Great Turmoil to Great Victory,’ later. As reported by the Information Service of the Russkiy Mir Foundation, the third exhibition opened on the National Unity Day. It includes rare confidential documents from Russia’s largest archives, spanning the period from 1914 to 1945.

The new exhibition will have a fourth part as well. It will be dedicated to the post-war period in Russia, from 1946 to 2000. Consorting with the kings and tsars for nearly a millennium
Official diplomatic ties have existed between Denmark and Russia for over 520 years, but their shared history goes back much further than that.
×