Demolished: Abortion facility that sent two women to the hospital on same day torn down 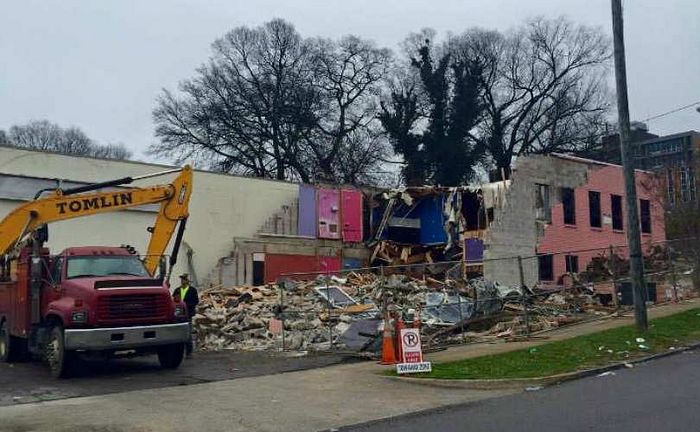 At one time, it was a solid brick wall showing the abortion industry's resilience in the Deep South. Now, it is rubble.

The New Woman All Women Health Clinic in Birmingham, Alabama, was demolished over the weekend.

The controversial facility sent two separate women to the hospital on the same day - January 21, 2012 - after a pair of botched abortions performed by Dr. Bruce Norman, the facility's abortionist.

“In 2012, Norman landed three Alabama women in the hospital in just one day,” Rev. Terry Gensemer, director of CEC For Life and a Birmingham resident, said at the time. “It's only a matter of time before a woman loses her life."

Medical personnel had to carry the women out a back alley strewn with trash, because the facility's hallways were too narrow to accommodate a gurney - a fact that touched off a nationwide legislative drive to require abortion facilities to meet more stringent health and safe standards.

Inspectors with the Alabama Department of Public Health (ADPH) documented enough violations to fill a 76-page report - including using non-medical personnel to perform tasks that legally require a doctor or nurse, having untrained staff work with women, and ignoring protocols for properly administering medicine.

ADPH revoked its license, but that did not end the facility's legal saga.

New Woman All Women Health's then-owner, Diane Derzis, signed a binding agreement to relinquish ownership. However, a close associate then attempted to purchase the facility - a request the state refused.

Derzis then claimed that she merely acted as landlord for a building that housed Dr. Norman's private abortion practice, but the ADPH said in court that phone and utility records proved she maintained control all along.

All the while, the legal efforts to close the facility dragged on for years.

Derzis also owns the only remaining abortion clinic in neighboring Mississippi, the Jackson Women’s Health Organization. In 2013, she told the Associated Press, "I feel like God wants me to do this job." Bishop Paul to offer opening prayer, remarks at January 17 Chicago March for Life
“It is anticipated to be the largest pro-life gathering in Illinois, doubling from last year, between 8,000 to 10,000 people,” said Father Andrew. “We encourage all deanery and local Orthodox clergy and faithful to attend and gather under the ‘Orthodox Christians for Life’ banner at 1:45 p.m. to give voice to those who do not have one in the fight against abortion." Leave the side of evil
Sergei Khudiev
Contrary to what the advocates of abortions usually say, there is nothing specifically religious in recognizing abortion to be murder. "You must not deprive an innocent human being of life" is an evident moral truth known to people even outside of Biblical revelation.
Comments
×