The police officers forced representatives of the self-proclaimed “Kyiv Patriarchate” to leave the Orthodox church in Krasnoselye village of the Hoshcha district in the western Ukraine’s Rivne region which they had seized, reports Interfax-Religion. 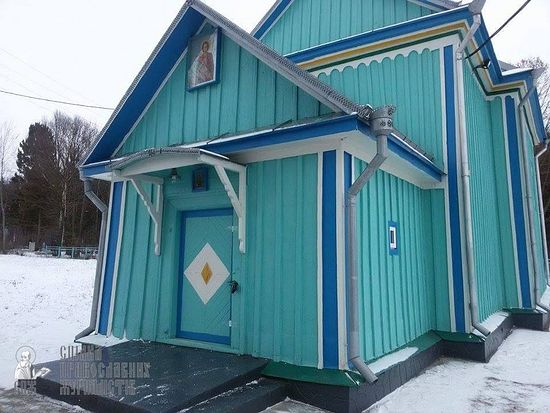 The law-enforcement officers have closed the church building until its ecclesiastical jurisdiction is ascertained. A lawsuit has been filed against those who participated in the church takeover, reports the Ukraine’s Union of Orthodox Journalists.

The policemen have also installed an alarm system on the church building. The head of administration of the Hoshcha district is due to meet with representatives of the Ukrainian Orthodox Church of the Moscow Patriarchate and the schismatics next Monday to decide the church’s future.

The church in Krasnoselye is an architectural monument and is in continued use by the UOC MP’s community. Petitions in defense of Kiev Caves Lavra gain necessary number of signatures
The collection of signatures for retaining the Kiev Caves Lavra within the canonical Ukrainian Orthodox Church is a response by Orthodox Christians to another petition, accepted for consideration by the Kiev Council on December 9. The authors of that application accused clergy of the Ukrainian Orthodox Church of the Moscow Patriarchate of “the anti-Ukrainian, mercantile position, at times hostile towards the Ukraine” and called upon the deputies to further the transfer of the Kiev Caves Lavra to the so-called “Kyiv Patriarchate”, unrecognized throughout the Orthodox world.
Comments
×