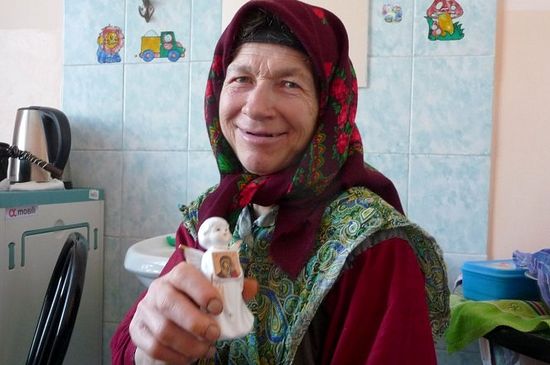 A 70-year-old Siberian hermit is returning to solitude and sub-zero temperatures after being airlifted to a hospital for treatment.

Agafia Lykova was discharged from hospital care in Siberia’s Kemerova region on Tuesday, but will stay there until state emergency services can airlift her home, the Russian news site Sobesednik.ru reported. Lykova was hospitalized after she notified “the mainland” of leg pain via satellite phone.

Lykova was born in the Siberian wilderness near the Mongolian border. Her parents, members of the Old Believers that broke away from the Orthodox church 350 years ago, had fled there in the late 1930s, fearing religious persecution in the Soviet Union. The family lived in isolation until geologists happened upon them in 1978.

Lykova has lived alone since her father’s death in 1988. Foxy lady: 70yo Russian Old Believer's only fear is hungry Siberian predator
Agafia, who has been living in a Siberian forest her whole life, says she has no plans to move to civilization.
Comments
×