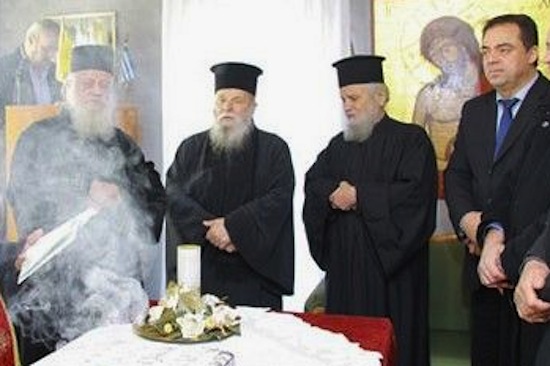 PASOK Member of Parliament Dimitris Konstantopoulos said he asked God to forgive him for voting in favor of the civil partnership for same-sex couples bill.

The bill that allows civil partnership rights to gay and lesbian couples passed in Greek Parliament on December 23, 2015 amid reactions from the Church of Greece and conservative MPs.

PASOK MP Dimitris Konstantopoulos voted in favor of the bill but now he seems to have regretted it.

“I personally feel this as a confession. We voted the covenant in Parliament. I asked for two articles to be scrapped and indeed the one concerning adoptions [by same-sex couples] was removed. One provision was passed and this saddens me. It received my backing too,” Konstantopoulos said during a religious charity event in Agrinio, according to reports.

“God forgive me. This weighs heavy on me. Please pray for God to forgive me,” he was quoted as saying.

lidiya1/30/2016 11:57 pm
It's a crime against people. Commit a crime against the people and immediately avail yourself of it: ask forgivness, repent. But the the real consequences remain.
Forgive him, our Lord, but allow him time in life on earth
to undo the evil to many.
×