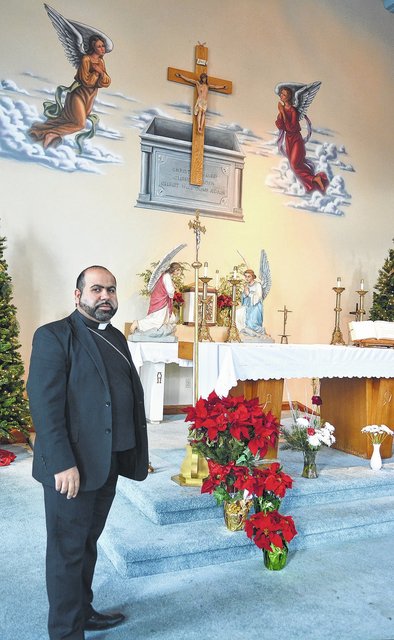 Over the past several months, the leader of an independent church movement called the "Catholic Church of the East," the former Archbishop Ramzi Mussalam, has begun a remarkable transition: to bring his entire movement, of over 60 parishes, into the Russian Orthodox Church Outside of Russia (ROCOR). The former archbishop was received into the Orthodox Church and ordained a deacon and priest with the encouragement and blessing and by the hand of Metropolitan Hilarion, ROCOR’s First Hierarch. The former archbishop is now Hieromonk Elias. Father Elias grew up in the Scranton area of Pennsylvania as a communicant of the Polish National Catholic Church, in which he was ordained to the priesthood.

The process of Orthodox catechization has now commenced, with the gradual reception of the former clergy and faithful of the "Catholic Church of the East" into Orthodoxy, with their regularization within the canonical embrace of the Orthodox Church. It is expected that this will be a long and complex process but one of that will bear an abundant spiritual harvest. A number of parishes have already been received: St. Irene Church in Pittston, PA; St. Ann Church in Pottsville, PA and St. Mark Church in Milford, CT.

Let us welcome these people with joy and do all that we can to help them integrate into the Orthodox community. Let us give thanks to God that He has led Fr. Elias and his faithful people into Orthodoxy. i ask what mass/liturgy they serve, St. Gregory the Greath or St. Tihon?

David2/10/2016 4:44 am
Marco Mannino Giorgi - one would think they would be Western Rite from the looks of it , but according to the ROCOR Western Rite's Facebook page they (the "Catholic Church of the East" parishes ) are supposed to be coming in under the Eastern Rite , not WR.

In other developments, this Announcement from Metropolitan Hilarion about the reception of the wandering "Archbishop" (former PNCC priest) Ramzi Mussalam and his "Catholic Church of the East"/"Arabic Catholic Church" is no longer posted on the ROCOR website as of 02/09/2016. Just a temporary blip or does it mean something else? We shall see ...