Holy Community of Mt. Athos: “the Holy Mountain has become a thoroughfare!” 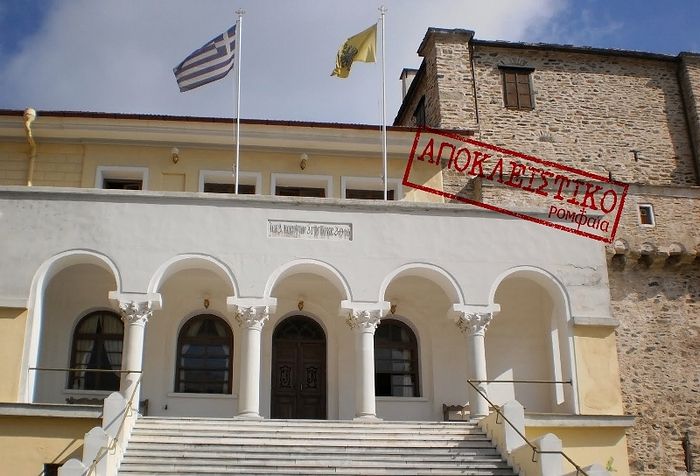 “Today Holy Mount Athos has become a thoroughfare which anyone can enter and leave at any moment,” reads a complaint written by representatives of the twenty Athonite monasteries.

According to the Romfea Greek news agency, the representatives of the twenty monasteries are sounding an alarm because of the lack of security on Mt. Athos.

The monks’ letter is addressed to the Civil Governor of Mt. Athos Aristos Kasmiroglu and the Greek Ministry for National Defense.

The cause of the complaint was the shooting of a documentary by the BBC2 British TV channel.

In fact, the BBC2 film crew with their cameras and equipment sailed up to Esphigmenou – one of the Athonite monasteries – in a boat at night.

“They could have asked for the proper permission, and they would surely have been given this permission,” the Holy Community notes.

“But a journalist, with the support of local smugglers illegally entered the territory of Holy Mount Athos with the aim of creating a sensation which openly insults Mt. Athos' inhabitants,” the Holy Community's letter continues.

“However, the problem is not only the unpunished intrusion onto the territory of Esphigmenou Monastery,” the letter’s authors stress.

As the BBC documentary shows, anyone can secretly enter Holy Mount Athos and secretly leave it. Therefore, the relics and holy objects kept at Athonite monasteries could be exposed at any moment to danger due to the inaction of the authorities.

“Not only are the authorities refusing to restore order and to implement the resolution of the Holy Community of Mt. Athos concerning Esphigmenou Monastery, they are even not concerned with applying the necessary sanctions following the notification of the BBC film,” the letter reads. bran6/8/2016 12:39 am
youve got it all wrong these breakaway monks are the real orthodx church the orthodox chruch is cosying up to pope francis this can not happen

ChiRho3/10/2016 12:40 am
The BBC is a vile, corrupt organization. They force British citizens to pay for their TV channel and go to peoples' homes and harass them like mafia thugs when people refuse to pay. Look it up on Youtube. Only British citizens who don't own televisions are supposed to be exempt from the BBC forced dues and even then the henchmen trespass and intrude.
The executives and probably many others at BBC also employed and covered for a notorious child molester for DECADES. Search Jimmy Saville.
BBC poses as high-minded intellectualism, but is nothing more than despicable trash.
Please Governor Aristos Kasmiroglusecure, secure the Holy Mount and sanction BBC.
×