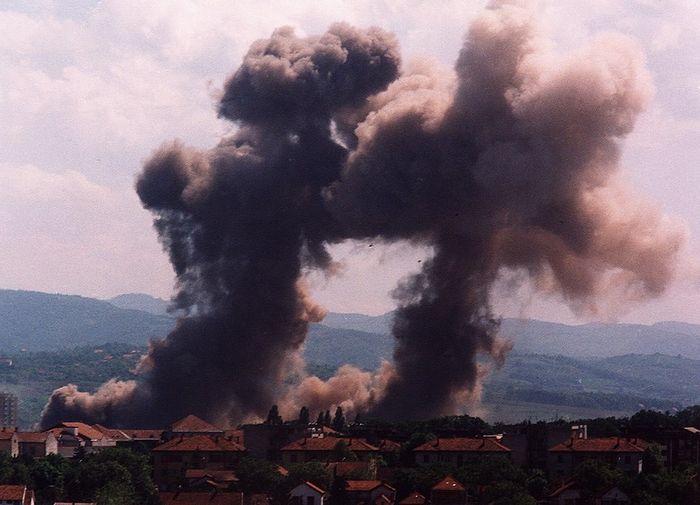 Serbian Prime Minister Aleksandar Vucic said on Thursday at a central ceremony in Varvarin marking 17 years since the NATO bombing that to citizens he could only promise life and work, and underlined there could be no more excuses for graves, bombs and death.

“We believe in life, which we demonstrate by paying tribute to those who lost their lives. We can only justify and promise life, and we are promising this before the victims we bow before,” Vucic said.

“Serbia needs children and schools and every form of communication. We will not forget, and we will not let anyone conquer us. Serbia will continue to be a country of defiant and undefeated people,” he said.

Seventeen years ago today, NATO war planes started bombing the Federal Republic of Yugoslavia, with air strikes killing between 759 and 4,000 people over the 77 days that followed.

On May 30, 1999, NATO mounted a daylight raid on a bridge in the central Serbian town of Varvarin, which left 10 civilians dead and 17 severely injured.

Serbian President Tomislav Nikolic on Thursday laid a wreath in a tribute to the people killed in the 1999 NATO air attack on Belgrade’s Dragisa Misovic Hospital. 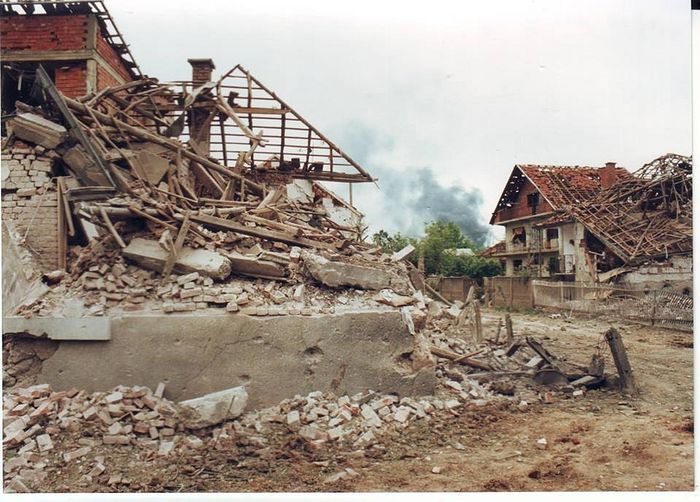 “For as long as Serbia exists and for as long as there is memory, places of suffering such as this should be visited because a lack of memory would transform us into some other nation and some other people,” Nikolic told reporters after laying a wreath at a memorial to the seven soldiers and three patients killed in the May 20, 1999 bombing.

In the bombing of the hospital, there were casualties in a place where people were fighting for their lives and where no bombs should have fallen, said Nikolic, who noted that, on each anniversary of the NATO bombing, he always visits a different site targeted by the air attacks because, he said, the aggressor did not choose its victims either.

“All such places – this one more than any other – are the disgrace of a civilisation at the end of the 20th century that was in a conflict with a policy and a leadership that did not suit it,” Nikolic said.

In the bombing of Serbia, many states joined forces in order to commit a crime, which is why this must be remembered, Nikolic said. NATO's Planned Balkan Expansion a 'Provocation': Russia's Lavrov
Moscow has opposed any NATO extension to former communist areas of eastern and southeastern Europe, part of a competition for geo-strategic influence since the end of the Cold War that sits at the heart of the current conflict in ex-Soviet Ukraine.
Comments

tim johnson3/26/2016 2:22 am
From NYTimes this week:
Radovan Karadzic, the former Bosnian Serb leader, was convicted of genocide, war crimes and crimes against humanity by a United Nations tribunal on Thursday for leading a campaign of terror against civilians in the deadliest conflict in Europe since World War II.

Mr. Karadzic, 70, was sentenced to 40 years in prison for his role in lethal ethnic cleansing operations, the siege of Sarajevo and the slaughter of 8,000 Muslim men and boys in Srebrenica in 1995, in proceedings that were likened to the Nuremberg trials of former Nazi leaders.


Mr. Karadzic was convicted of genocide for the Srebrenica massacr e, which aimed to kill “every able-bodied male” in the town and systematically exterminate the Bosnian Muslim population there.
×