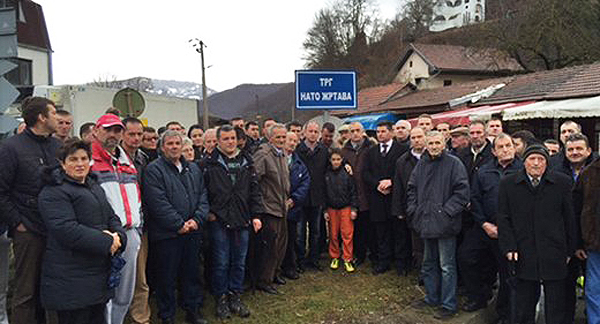 The Democratic People’s Party along with a group of Murino residents resolved to immortalize the memory of the victims of this barbaric airstrike.

“This is all we (who then survived) can do… In fact, today we are showing that we did not allow them to crush us and erase our memory, and that nobody has a right to impose their solutions on us,” said Milun Zogovic, one of the action’s initiators.

Leader of the Democratic People’s Party Milan Knezevic has noted that each of us has the duty to keep alive the memory of the NATO bombardment victims.

“We have installed a plaque here as a sign of our resistance to oblivion, resistance to any attempts of ideological and national reformation of Murino residents and Montenegrin citizens,” he stressed.