People's money in Russia should not be used for funding abortions, says Archpriest Dimitry Smirnov 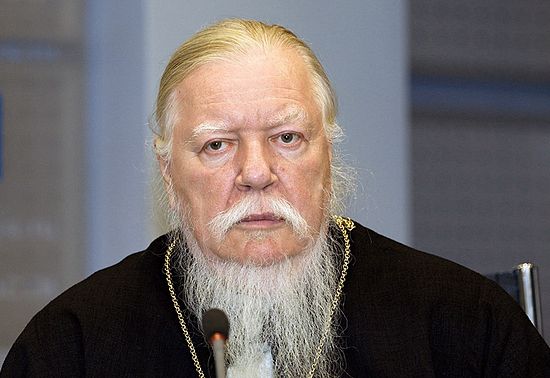 Chairman of the Patriarchal Commission on Family Matters, Protection of Motherhood and Childhood Archpriest Dimitry Smirnov has called to put an end to the state system of abortions, reports Interfax-Religion.

“The destruction of children and the future of our nation should not be funded by the people’s money. The state should spend its budgetary funds on medical treatment of diseases and strengthening people’s health rather than the killing of babies, when mothers’ health is being ruined as well,” the archpriest said on Wednesday during a conference at the Russian Federation’s Civic Chamber which was dedicated to the "Sanctity of Motherhood" Russian national program.

Calling abortions "a national catastrophe for Russia," Fr. Dimitry said that, first of all, the proposal to remove abortions from the mandatory medical insurance system program which was supported by Patriarch Kirill should at last be put into action as the first step.

Moreover, in Fr. Dimitry’s view, it is necessary to change the the situation surrounding the training of healthcare personnel.

“Future doctors should be taught in universities and colleges about the priceless value of human life. They should understand that an abortion is a murder and should be capable of valuing and defending the life of each individual baby from the moment of conception,” he noted.

The archpriest has also proposed to prepare an exposition dedicated to the family by analogy with a series of "My History" large-scale interactive exhibitions. He noted that “if this exhibition is displayed in cities with populations of over a million, that will be very effective” and suggested the "Sanctity of Motherhood" program initiators take part in the preparation of this project together with the patriarchal commission.

The "Sanctity of Motherhood" program was implemented in 2006 by the Center of the National Glory of Russia and the Foundation of St. Andrew the First-Called in twenty-four regions of the Russian Federation. Among the program’s projects are the establishment of centers for the protection of motherhood and childhood, pre-abortion consulting, the organization of professional courses for unmarried mothers, holding of the "Families with many children and the future of humanity" international forum along with the "Family and the future of Russia" All-Russian journalists’ competition and photo exhibitions, promotion of the establishment of new holidays such as Father’s day and Children’s and Parents’ Happiness Day, and the development of the volunteer movement.

The psychologists working in maternity clinics as part of the program have succeeded in dissuading some 10,000 pregnant women from having abortions. 16 women refused to make abortions in one month of the “Save a life” program in Ivanovo
The program’s goal is to give women planning to make abortions all-round social and psychological aid and thus motivate them to give birth to their children.
Comments
×