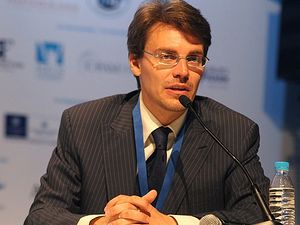 Alexey Komov
Alexey Komov, an official of the Family Commission of the Russian Orthodox Church, has told an Italian news agency that progress has been made in defending human life, marriage, and the family in Russia.

Russia, he told SIR Europe, now pays $10,000 to each family upon the birth of a second child and has banned abortion advertising as well as “aggressive propaganda of the homosexual lifestyle [to] those under 18.”

“The number of abortions in Russia decreased five-fold over the past 25 years, from four million a year to less than 700,000 today,” Komov added. “However, there is still much work to be done.”

Komov said that the Russian Orthodox Church desires “to actively cooperate with our Christian brothers and sisters in the area of protection of life, of the family, of traditional values and of social projects. And obviously, we should develop all of this in the future, because we are under attack on the part of various negative tendencies.” Christian activists gather enough support to launch bill banning abortion
A group of Orthodox Christian activists claim that they have gathered 100,000 signatures under a petition seeking to completely ban abortions in Russia – a number enough to make it a valid legislative initiative.
Comments
×