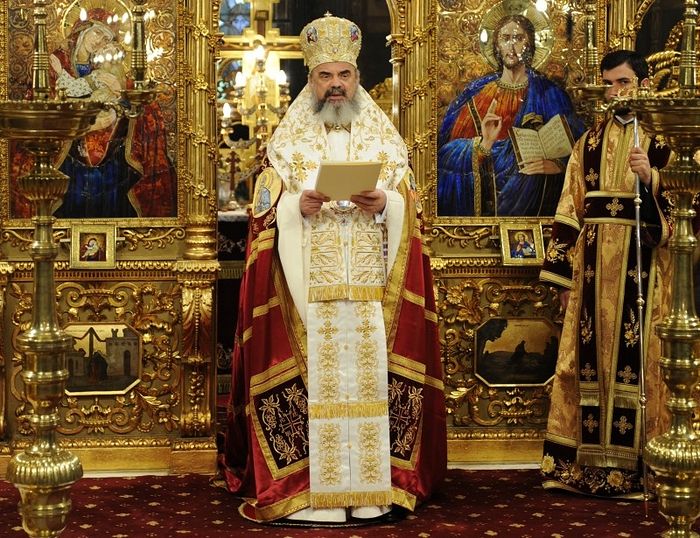 Following the intiative of commentary and announcements from several theologians, hierarchs, and holy synods, an online petition has recently appeared, addressed to the Patriarch and Holy Synod of the Romanian Orthodox Church, concerning the quickly approaching Pan-Orthodox Council.

The authors of the petition point to both the organizational, as well as the theological and canonical issues that have been raised by the Synods of the Bulgarian, Antiochian, Greek, Georgian, and Russian, etc Churches, and call upon their hierarchs to reconsider attending the Pan-Orthodox Council in Crete later this month, or at the least to strive for a postponement of the Council.

The text of the petition reads:

To the Holy Synod of the Romanian Orthodox Church

Although the time which has passed since the publication of the documents proposed for approval by the “Holy and Great Council of the Orthodox Church,” which is intended to take place in two weeks on Crete, was incredibly short, there has already been numerous debates on a Pan-Orthodox level about them. Thus it was noted that some dogmatic, canonical, and doctrinal aspects, as well as rules of organization and functioning for the council, caused great questions and disputes.

That those who have made such reports are Church personalities (high-ranking clergy, monks, theologians, laity), and, moreover, even the Holy Synods of a few Patriarchates and autocephalous or autonomous Churches (including that on June 1, 2016 the Holy Synod of the Bulgarian Orthodox Church decided to abandon the “Holy and Great Council of the Church,” if it will not be postponed in order to revise its organization, and theological documents subject to adoption), gives us substantial reasons to join in their apprehensions, and with filial love to beseech you not to attend this meeting and to fight for its postponement until every issue raised, as relating to the organization and functioning of the Council, and to its documents, will be clarified (we emphasize here that in comparison with the many decades, during which theologians, called to prepare the documents, analyzed and discussed their contents, it is deeply flawed and extremely dangerous to give the fullness of the Church only a few months in which to analyze them and express their objections, and only a few days for the Local Churches to receive and consider these objections and observations of the fullness).

If for some reason you still consider yourselves obligated to travel to Crete, we believe the best, as far as is possible, and most faithful position is to secure a postponement and reorganization of the Council and reformulation of its eventual decisions, including by refusing to sign the proposed documents.

We want the “Great and Holy Council of the Orthodox Church” to be free of contradictions and blemishes, because only thus can it serve to benefit the Church, our children, and the whole world, and not to become an unnecessary occasion for schisms and apostasies from the holy fathers.

Signs, a portion of the fullness of the earthly Church, which prays that the Holy Spirit would abide with Your Graces and strengthen you in every good and Orthodox deed of the Church of our Lord Jesus Christ.

Today, June 2, 2016
Feast of St. Nicephoros the Confessor, Patriarch of Constantinople
and St. John the New of Suceava

Emanuele6/11/2016 4:04 pm
Although the time which has passed since the publication of the documents proposed for approval by the “Holy and Great Council of the Orthodox Church,” which is intended to take place in two weeks on Crete, was incredibly short, there has already been numerous debates

there HAVE already been numerous plural