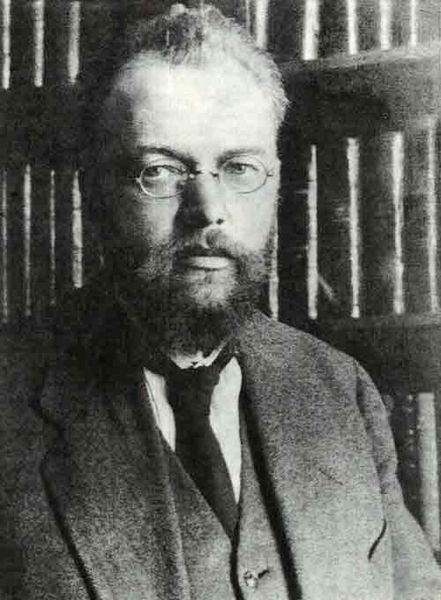 At the beginning of summer—May 29/June 11—the memory of the holy hierarch St. Luke (Voino-Yasenetsky) is celebrated. Many words have been written about this great saint-surgeon, and many films have been shot. And I would like to tell you about some miracles performed by the prayers of this great saint.

My little five-year old daughter was sick. She began vomiting and we took her to the hospital for infectious diseases, but the vomiting didn’t stop. They decided to do an MRI and discovered under her skull, behind the left ear, a medulloblastoma tumor. The neurosurgeon in Tyumen decided to cash in on our grief and give our daughter an operation, although it didn’t seem to be necessary. Our daughter began to die. We tried to take her to the oncology clinic to continue her treatment, but she lay there all day on a wooden bench and they never admitted us. They released us to go home for her to die. That night we begged them to take her back into children’s neurosurgery. They left our daughter until morning.

And I’m standing there at the hospital building at six in the evening, thinking about my daughter’s impending death. Suddenly a man in a white cloak comes out of the building … beard, round glasses, a white hat. He comes up to me quickly and, having taken my hand, asks:

—Is it your daughter, Barbara Bakulina, lying in intensive care?

—Yes, she’s mine. But yesterday they discharged us home for her to die.

—Go quickly to Moscow, to the Blokhin clinic. They will accept you there. They take good care of children there.

I started to write on my hand with a pen, but while I was writing he left somewhere. I don’t understand what happened … I think to myself, “Let me catch up with him,” and I’ll ask again for more detail. I ran to look for him throughout the building. I stopped into the employee’s lounge and interrogated everyone. Nobody knew anyone like that. “Yes,” they say, “and why would we have a bearded doctor here? It’s neurosurgery!”

Everything began to spin.

I called my dad. He still knows Yuri Sergeevich Osipov, the president of the Russian Academy of Sciences, from school; they are good friends, so he called him to get his advice. Yuri Sergeevich suggested we turn to the president of the Russian Academy of Medical Sciences Michael Ivanovich Davidov, who heads the Blokhin Russian Ontological Research Center that’s on Kashirka. Michael Ivanovich heard us out and offered to immediately take our daughter to Moscow, to the clinic. We found a doctor to accompany us, and they sent our daughter to the airport in an ambulance and flew that night to the capital.

During landing cerebrospinal fluid was flowing from a wound on Barbara’s head due to the drop in pressure. We were terrified.

We made our way to the research center through endless traffic, and they sent the girl to surgery. They saved her life. They set up ventricular drainage. Thanks to the efforts of the amazing doctors Rodion Ganovich Fu and Michael Savelievich Laskov they helped her. God gave us another year and a half of life. She was discharged from the center without any metastasis.

The grace of the Lord answered our prayers. A few hundred people were praying for her, including some who came to faith through her illness, even one woman from the US—Raisa.

She lived in Ukraine and she had no children. She tried to conceive a child with the help of IVF but nothing worked. They told her that there’s a better IVF center in Chicago. She sold her apartment and moved to America, worked almost like a slave for some Poles, received a green card, and began to work as a chauffeur. But neither money nor doctors from America helped her. And then she learned through some acquaintances about our tragedy and decided to go pray for my daughter in church. The church of the Holy Trinity in Chicago is a real Russian home. People spend the whole weekend there: first the service, then a common meal, then Sunday school, then an Akathist and Vespers. Raisa went to the batiushka and explained everything to him. He addressed the people:

—Come on, brothers and sisters, let’s pray all together for a sick child in Russia.

They prayed, fed Raisa lunch, and surrounded her with care and attention. And she, having fled from American life, couldn’t believe her eyes, that people could be so welcoming and loving. They told her:

—Go to San Francisco. The relics of St. John (Maximovitch) are there, of whom St. John of Tobolsk and Siberia is a distant ancestor, the patron saint of all Siberians, including the ailing Barbara.

She went again and found in the Orthodox church her little homeland. She took some holy items and sent them to us in the hospital. She began to live the Church life, and felt anew like a Russian Christian who has loved ones and family around her. Her soul was warmed.

And during this time I helped one priest friend finish his graduate work for seminary, dedicated to the hospital church in the name of Saint Luke. Among the huge collection of documents I found a bunch of photos from the life of the Crimean hierarch. One of them threw me into a state of shock: in the photo was the same doctor who, having firmly grasped me by the hand, advised me to immediately travel to the Blokhin clinic in Moscow—the same white lab coat, the same beard, the same face, the same glasses. I was dumbfounded. I was horrified: how close the saints stand to us! And then when I read on the internet the story of one of the multitude of miracles of St. Luke I was already not surprised.

Here’s the story: “Once a boy in Athens became seriously ill. The local doctors couldn’t help him: he needed a complex operation which they could only do in Germany. Fr. Nektary left on the journey with the boy’s relatives, having especially prayed to St. Luke. The operation was successful, but the doctor announced to the relatives that … they really didn’t need to appeal to him, and, in fact, the operation was skillfully guided by an unknown elderly surgeon in an old white lab coat, who had arrived with the sick boy. His parents objected that no doctors had accompanied them … Fr. Nektary, looking through the logbook where doctors who had performed an operation were registered, among the names of German doctors found the signature, in red pencil, in the Russian language: ‘Archbishop Luke …’”

I used to keep quiet about our story, but now I decided to tell it. It seems to me that the prayers of the saint help even those in desperate situations.

Holy Father Luke, pray to Christ God to save our souls! Saint Luke the Physician of Simferopol as a Model for our Lives
Protopresbyter Fr. George Papavarnavas

Saint Luke the Physician of Simferopol as a Model for our Lives
Protopresbyter Fr. George Papavarnavas
If you have terrible pain that torments you and you cannot endure any more, look upon the Son of God with His head bowed wearing a crown of thorns.