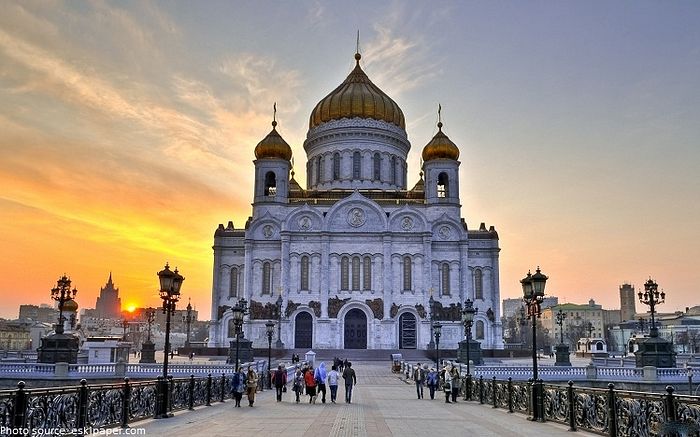 The Moscow Patriarchate has refused to participate in the Pan-Orthodox Council, which is scheduled to take place June 16-27 on Crete.

“All the Churches should be involved in the Pan-Orthodox Council, and only then will the decisions of the Council be legitimate,” stated Metropolitan Hilarion, head of the Department for External Relations of the Moscow Patriarchate, at the conclusion of the extraordinary session of the Holy Synod.

He recalled that in the last few days several local Orthodox Churches—Bulgarian, Antiochian and Georgian—suddenly refused to participate in the Council, and the Serbian Church has called for its postponement.

The Patriarchate of Constantinople, responsible for the preparation of the forum, dismissed the initiative of the Moscow Patriarchate to convene a pre-conciliar meeting to try to resolve the disputed issues.

At the same time Metropolitan Hilarion does not consider the events surrounding the Council a roadblock. “The situation that has developed is not catastrophic, but routine,” he noted, answering journalists’ questions.

According to the hierarch, “we must learn from these lessons and understand that the voice of the Church cannot be ignored.”

The participants in the Pan-Orthodox Council, which hasn’t been convened in more than a thousand years and which has been being prepared for more than half a century, were to discuss six themes on Crete, June 16-27: relations of the Orthodox Church with the rest of the Christian world, fasting, marriage, the Church’s mission in the modern world, pastoral care for the Orthodox in the diaspora, and the means of proclamation of autonomy for Orthodox Churches. There is also to be a message of the Council to be separately proposed.

The future Council does not hold the status of Ecumenical. It differs from the ancient Ecumenical Councils in that it has not been called to resolve questions of a dogmatic character, and will not introduce new elements into the canonical structure or liturgical life of the Church. Anthony6/14/2016 12:24 pm
Great news. Let the Phanar talk to himself or he can invite the bishop of Rome along. I hear they have much to discuss. Maybe he'll finally get the uniat status from the Vatican he so desperately craves. Its a win-win situation for all!

Peter Karras6/14/2016 2:50 am
I am Greek orthodox I would have loved to have seen history been made at the feast of Pentecost where all of Eastern Orthodoxy came together regardless of nationality but because of bickering stupidity over who's coming & who's not coming to the pan orthodox. I say the following I am ashamed of being an orthodox christian. May god watch over us. Amen