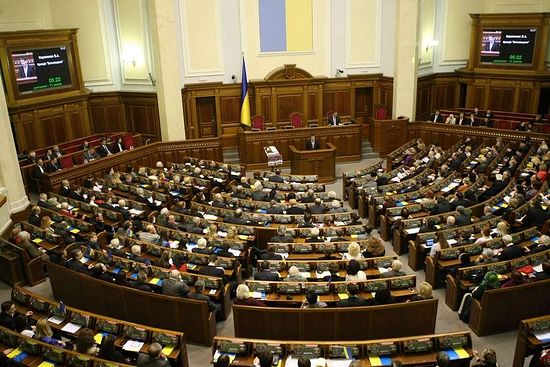 The Ukrainian parliament, the Verkhovnaya Rada, has adopted an appeal to Ecumenical Patriarch Bartholomew to publish a tomos of autocephaly for the Ukrainian Orthodox Church.

The appeal gained the support of 245 parliamentarians with the required minimum of 226 votes.

The Verkhovnaya Rada calls on Patriarch Bartholomew to invalidate the act of 1686 according to which the Kiev metropolitan was allegedly, "in violation of canons," attached to the Moscow Patriarchate.

It is expected that the Greek island of Crete will soon host a forum that was initially conceived as the Pan-Orthodox Council; however, its status is in question over the refusal of a number of Churches to take part in it. Metropolitan Onufry: “This meeting already won’t be a Great and Holy Pan-Orthodox Council”
Metropolitan Onuphry (Berezovsky)
In this interview with the Synodal Information-Education Department of the UOC, His Beatitude Metropolitan Onufry of Kiev and All Ukraine answered questions about why the Russian Orthodox Church is not participating in the Pan-Orthodox Council which should begin its acts on June 19. He also expressed his view on whether the crisis of Council preparations will influence the situation of religious life in Ukraine and worldwide Orthodoxy.

Ed Ortiz6/19/2016 5:07 pm
Apparently the Ukraine's corrupt oligarchs are eying the wealth of the Orthodox Church, now that they've bled the rest of the nation dry.
×