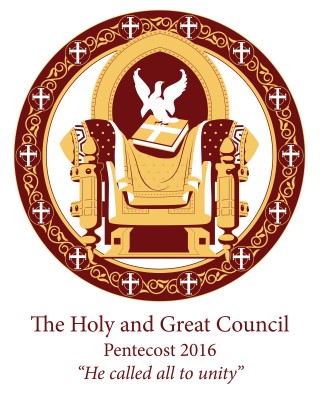 Various reports are indicating the that the Holy & Great Council of the heads of the various Orthodox Churches which is supposed to start its meeting this week, may be post-poned. Dissension has arisen and some of the heads of the churches have decided not to participate while others are calling for a postponement of the event. Though this Council was 50 years in the making, the Orthodox leadership is not prepared to meet as planned. There was a hope that even if it was avoiding most contemporary and controversial issues, it would at least be a display of the unity of the Orthodox hierarchs. There were efforts made to insure unity by allowing discussion only on topics they believed they agreed upon, and by making sure all issues were in fact agreed upon in advance. Despite those efforts, the Council has faced recently the fact that there are contentious issues which the various Orthodox hierarchs do not agree on.

I recently read some sermons from St. Basil the Great and in one he addressed the issue of an impending Council in his day which was in serious trouble before the Council began. St. Basil says: 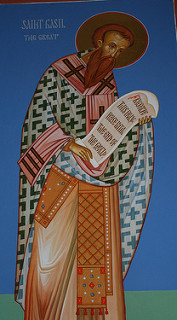 St. Basil realized if it wasn’t love which bound the Christians together, then they wouldn’t be able to meet in Council to achieve anything. The hierarchs probably need to go back to that point and consider what the basis of their relationships one to another really is. Additionally, they have to have some sense of what the purpose of meeting is.

St. Basil lamented the situation of the Church in his day and saw it as the very reason that the frequency of Councils had declined. For Basil “estrangements” do happen between people, and the purpose of the Council is to help the disputants in face to face relationships to love one another. He didn’t see conflict as a reason not to have a Council, but a prime reason to have the Council.

“The present spectacle is but a remnant of the ancient love of the fathers. For its sake they inaugurated the practice of holding these festal assemblies, so that the estrangement that develops over time could be dissipated through person interaction at set intervals, and those who live far away, by gathering in this one place, could use the event to initiate relationships of friendship and love. This is a spiritual assembly that renews old relationships and provides a starting point for those to come.   For we have not come to make an exchange of salable goods, but to give each other a mutual exchange of love, to give love fully and to receive love fully. Even though this is the tradition we have received, the present spectacle shows why it has come to an end. Most of those here are spies more interested in scrutinizing my statements than in being disciples of the doctrines I teach. Indeed, they attend my discourse not to be edified by being present but to ambush me with insults and abuse.” (St. Basil the Great, ON CHRISTIAN DOCTRINE AND PRACTICES, p 270-271)

We come together in Council, St. Basil says, “to give each other a mutual exchange of love, to give love fully and to receive love fully.” Love actually is the only commodity the Church has to offer to the world, to negotiate with each other, to influence one another, to serve one another.

But as Basil notes, Christian leaders no longer come together to exchange love and to benefit from their relationships with others and to serve in brotherly love the needs of others. He saw people attending who were there for no other purpose than to spy on him and use what he says for their own nefarious purposes. Even without the Internet or mass communications, people were still people. Technology makes our communications faster, it doesn’t change the nature of how people use communications. Christians 1600 years after the time of St. Basil are still willing to socially assassinate one another, to disseminate misinformation, to twist words and discussions to their own ends.

Of course today we honor the words and decisions of those church fathers who met in Council in the 4th Century. Let us pray that our current Church Fathers will realize that whatever decisions they make individually or collectively, it will shape the church for good or ill for the next 1600 years. May they use peace and love, repentance and forgiveness to maintain the vision of unity and to graciously face their difference. Can a Conference of Orthodox Bishops Impart Ecclesiality to the Heterodox?
The Challenge of the Upcoming Great Council
Dr. Demetrios Tselengidis
Absolutely no one, personally or institutionally, has the right to otherwise delineate the boundaries of the Church which have been irrevocably defined by the Ecumenical Councils. It is theologically inconceivable for those religious communities, who continue to believe the same as those heretics, who were defrocked, excommunicated and once and for all cut off from the One and only Church, to be called and recognized as churches.
Comments

anthony6/17/2016 7:19 pm
But it won't shape the Church because the Church has not assembled. A number of local reps have but any decisions they take won't affect the whole body of the Church I'm afraid. Sorry. Sad face.
×