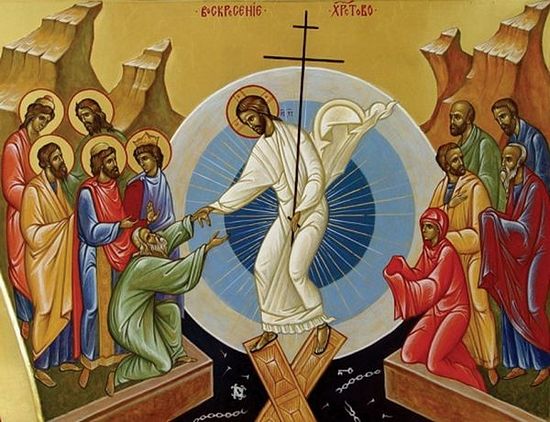 Many ask, which is the Lord’s Day, Saturday or Sunday?

For Orthodox Christians, the Sabbath remains Saturday, but the Lord’s Day is Sunday, and this is abundantly clear from both Scripture and Tradition.

In the book of Revelation, we find the first reference to “The Lord’s day” (Revelation 1:10), which undoubtedly is not the Sabbath, because if the Sabbath was intended, it would have been most natural to have referred to it as such. Furthermore, the early Christian understanding the Sabbath, and the Lord’s day is still reflected in the Greek names for the days of the week:

The use of the phrase, “the Lord’s day,” in reference to Sunday, as well as references to the fact that this was the primary day of Christian worship are well attested in the earliest writings of the Church. For example:

“And on the Lord’s own day gather yourselves together and break bread and give thanks, first confessing your transgressions, that your sacrifice may be pure. And let no man, having his dispute with his fellow, join your assembly until they have been reconciled, that your sacrifice may not be defiled; for this sacrifice it is that was spoken of by the Lord; (In every place and at every time offer Me a pure sacrifice; for I am a great king, saith the Lord and My name is wonderful among the nations.)” (Didache 14:1-5, this come from a first century text that is generally considered the oldest Christian document outside of the New Testament itself).

“Moreover concerning the Sabbath likewise it is written in the Ten Commandments, in which He spake to Moses face to face on Mount Sinai; And ye shall hallow the Sabbath of the Lord with pure hands and with a pure heart. And in another place He saith; If my sons observe the Sabbath then I will bestow My mercy upon them. Of the Sabbath He speaketh in the beginning of the creation; And God made the works of His hands in six days, and He ended on the seventh day, and rested on it, and He hallowed it... Finally He saith to them; Your new moons and your Sabbaths I cannot away with. Ye see what is His meaning; it is not your present Sabbaths that are acceptable [unto Me], but the Sabbath which I have made, in the which, when I have set all things at rest, I will make the beginning of the eighth day which is the beginning of another world. Wherefore also we keep the eighth day for rejoicing, in the which also Jesus rose from the dead, and having been manifested ascended into the heavens” (Epistle of Barnabas 15:1-3, 5-9, 1st Century).

“If then those who had walked in ancient practices attained unto newness of hope, no longer observing sabbaths but fashioning their lives after the Lord’s day, on which our life also arose through Him and through His death which some men deny—a mystery whereby we attained unto belief, and for this cause we endure patiently, that we may be found disciples of Jesus Christ our only teacher—if this be so, how shall we be able to live apart from Him? Seeing that even the prophets, being His disciples, were expecting Him as their teacher through the Spirit. And for this cause He whom they rightly awaited, when He came, raised them from the dead” (St Ignatius of Antioch, Epistle to the Magnesians, 9:1-2, 110 A.D.

For more citations from the early Church Fathers, see: Sunday or Saturday, from Catholic Answers.[1]

Saturday retains its significance as the day of creation, and so liturgically we never fast strictly on Saturdays (except for Holy Saturday, and even then, a complete fast is not called for), and even during Great Lent, when we do not serve full liturgies on most days of the week, a liturgy is always appointed for Saturday and Sunday. However, for Christians, Sunday, the Lord’s day, is the day of the New Creation, the day of the Resurrection, and so it supersedes Saturday as the primary day of Christian worship. On the Thousand Year Reign (Chiliasm)

On the Thousand Year Reign (Chiliasm)
Ch. 16 from The Truth of Our Faith by Elder Cleopa of Romania
Archimandrite Cleopa (Ilie)
"This kingdom of Christ, derived not from this world, constitutes the Church, or the Body, of Christ, of which the head is Christ Himself (Eph. 1:22). The adoption and entrance into this kingdom takes place only through the laver of regeneration (Titus 3:5) or birth from above (Jn. 3:3)."
Comments
×