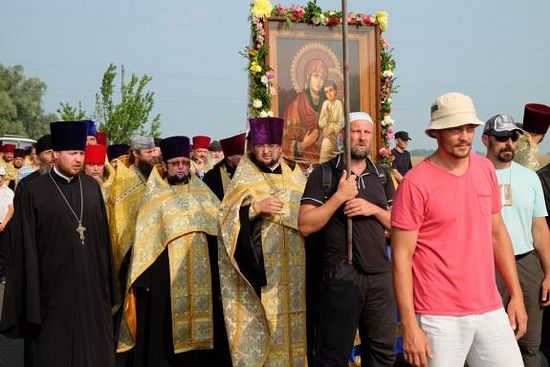 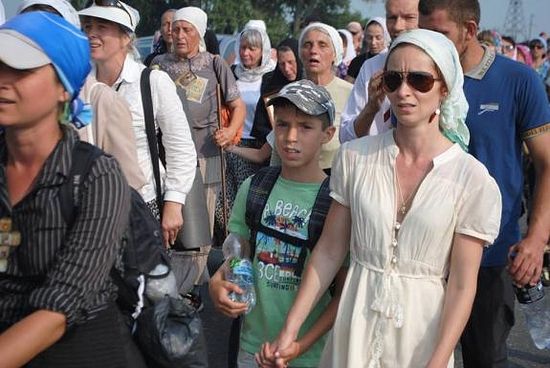 The two processions planned to meet in Kiev at St. Vladimir Hill and proceed together to the Kiev Monastery of the Caves, where they intend to celebrate the Day of Baptism of Rus’ tomorrow, July 27. The procession, however, which was organized by the autonomous Ukrainian Orthodox Church of the Moscow Patriarchate, has met with protest and aggression by Ukrainian nationalists, who view the procession for peace in the Ukraine as a Kremlin provocation. 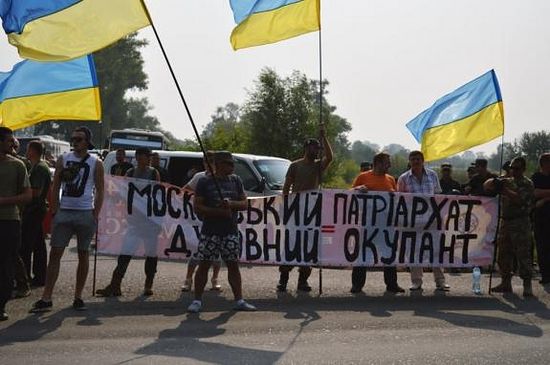 Yesterday, as the procession was nearing Kiev at the town of Borispol, Interfax Religion reported that 100-150 Ukrainian nationalists set up a roadblock to prevent the procession from crossing the town. The roadblock consisted mostly of men holding the red and black flags of the OUN-UPA (Organization of Ukrainian Nationalists-Ukrainian Insurgent Army—connected with pro-Nazi Ukrainian Nationalist Stepan Bandera of World War II notoriety). The town of Borispol had decided not to let the procession walk across its boundaries, citing possible civic unrest and danger. 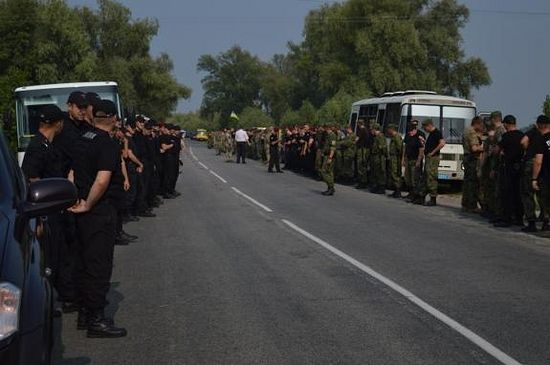 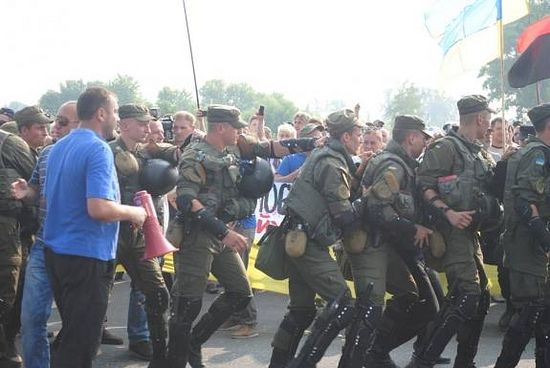 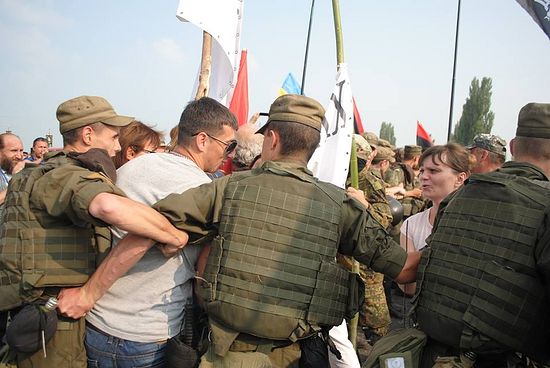 Today, the Ukrainian Ministry of the Interior offered to provide buses for the procession out of fear of attack from nationalist protestors. Interfax has reported that yesterday the Ukrainian National Police's dog handlers discovered two fake explosive devices and two caches of ball grenades with smoke flares at a road crossing that lay on the path of the cross procession for peace in Kiev's Kiev-Svyatoshin District. Bomb disposal experts and anti-mine robots are working to remove the threat.

Now the Ukrainian police and National Guard have blocked the procession on the streets of Kiev, citing bomb threats. Whether the threats are real or simply a provocation designed to prevent the procession from reaching its goal remains to be seen. Kateryna7/27/2016 10:35 pm
War is one man's loss and other man's bread. The ones who earns money at the expence of the war are opposing the peace.
I feel very sorry for the civilians.

Sally Iloff7/26/2016 11:40 pm
Poor Matushka Ukraine! I see what deep well of suffer and disgrace comes after this political split from the Mother Church. I happened very much the same in my mother's land with our Mother Church almost 18-20 years ago. I pray God touch the hearts of all believers in Ukraine! In other way only resolution, mass migration out of the country and political instability is to come.