Deaconesses: This is Not That 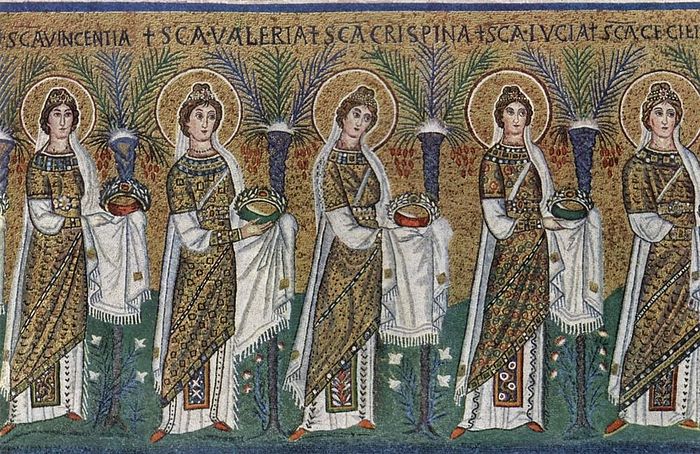 It seems to me that self-described Christian Feminism is becoming increasingly shrill (I was struck by this when reading recently some feminist commentaries on the Song of Solomon). Orthodox Feminists, however, seems to offer a kinder, gentler feminism (the works of Eva Topping being a famous exception), perhaps because of being anchored in Scripture and the Fathers. Bluntly put, Orthodox feminists cannot easily say, “To hell with St. Paul and the Fathers” and dismiss them as a bunch of misogynistic wretches in the same way as other feminists can who feel themselves unencumbered by the weight of Holy Tradition. An Orthodox writer has to at least give the appearance of fidelity to the Fathers and the apostolic Tradition which defines them.

One sees this in current discussions about possible revival of the office of deaconess—or, as it is often billed, “female deacons”. Such deaconesses did indeed exist in the early church, though not in apostolic times (Phoebe notwithstanding) and never universally. The office came into existence when pastoral necessity dictated and passed out of existence when the necessity no longer held. One can read all about it in Georges Martimort’s definitive workDeaconesses: An Historical Study.

Orthodox feminists often collapse the office of deacon and deaconess into a single office, referring sometimes to “male and female deacons”, as if the office were identical for both. It is true that Chrysostom referred to “woman deacons”, but he also knew that the two offices were utterly different in kind and function. The feminists pushing hard for the creation of an order of female deacons often emphasize that the rite wherein the candidate was made a deaconess was a true ordination (as opposed to a simple blessing), a true cheirotonia, not a mere cheirothesia, and that it took place at the altar. That is true, but the anachronistic distinction between ordination and blessing hides the profound distinction between the two ordinations, and therefore the office to which the candidate was ordained. That is, both male deacons and female deaconesses were given the ceremonial orar (which was rapidly becoming customary among subdeacons also, indicating that the bestowal of the orar did not indicate sacramental parity between deacon and deaconess), but the deaconess wore it differently than did the deacon. The deacon was given the chalice during his ordination, so that he could help administer it during the Eucharist that followed, while the deaconess immediately returned the chalice, expressing her exclusion from Eucharistic administration. Also, the deacon was ordained while kneeling on his knee, resting his head on the altar, while the deaconess stood and merely inclined her head. Most significantly of all, the prayers of ordination for the two orders were entirely different. These liturgical differences were not merely stylistic; they reveal that the two orders are different in kind.

Pastorally the potential candidates for the two offices differed even more profoundly: the canonical minimum age for deacons was twenty-five, and they could be married. The canonical minimum for deaconesses was forty (thus the Quinisext Council, canon 14), and they were required to be celibate. Their functions also could scarcely have been more different: the deacon ministered to the congregation as a whole; the deaconess’ main task was the pastoral visitation of women who were sick and the anointing of female candidates in the baptismal waters (since those candidates were naked, and their anointing by a male deacon was judged inappropriate). By anyone’s unbiased assessment, the two offices were entirely different. Martimort sums it up well: “A deaconess in the Byzantine rite was in no wise a female deacon. She exercised a totally different ministry from that of the deacons”.

It is just this fact that Orthodox feminists wish to gloss over. And this refusal of history is, I suggest, no accidental lapse of scholarly judgment. It is part of a considered strategy to advance women to ordained ministry. This is apparent when the “revival” of the office of “the female diaconate” comes with significant changes—such as the removal of both the age and celibacy requirements. It also comes equipped with an equally significant addition of pastoral function—deaconesses are now no longer simply ministries to women in situations where men could not minister, but partake of the liturgical universalism of male deacons. In some cases, theological education would be required, or at least recommended.

When these subtractions and additions are weighed, it is apparent that what is being proffered to the Church is not a revival of the order of deaconess, but the creation of an entirely new ordained order of female ministry, masquerading as a deaconess. One notices too another significant deviation from the mind and methodology of the early church: the early church created (and let lapse) orders and ministries according to pastoral need; we now are trying to create an order based primarily or even solely upon the desire of candidates to be ordained. This is and is intended as the “edge of the wedge” to push women into the diaconate proper and thence into the priesthood (the “edge of the wedge” argument is not invalid simply because it is so often maligned). It would be well for the feminists to admit this up front, and not hide behind the usual rhetoric.

At the very least one may hope for an end of some disingenuous tentativeness. One thinks here of the final words with which the dear late Ms. Behr-Sigel ended her keynote address at the Agapia Women’s Conference in Romania in 1976: “[These] are questions which we Orthodox women gathered here at Agapia wish to put before the Church, praying that the Spirit will guide her, and will guide us in the right way. In the words of the psalmist we say, ‘Show us the way we must take!’” One might imagine from these words that for her and her feminist colleagues the matter was as yet undecided and the question an open one. Her subsequent writings leave little doubt that she and others with her felt they knew already which way the Spirit was trying to guide the Church (compare her suggestion that the Orthodox might begin ordaining women priests in some places while maintaining a “disciplinary pluralism” about the practice). The feminists do not regard the question as genuinely open, any more than I do. That is quite fair. But let us be honest about where we stand and what we believe, otherwise our discussions will reflect a degree of unreality and will not bear fruit. I am mindful of the words of JFK: “We cannot negotiate with people who say, ‘What’s mine is mine, and what’s yours in negotiable’”.

Whatever discussions occur regarding the possible revival or creation of an order of female deacon, let us all at least be open and truthful. Let us admit that this is not that: the proffered model of deaconess bears little resemblance to the ancient order. Let us therefore debate possibility of the new model on its own modern merits. Laura Lindegaard1/24/2019 3:33 pm
(continued) and I'm sad to see that this practice has been removed as I do see a need for women ministering to women in the ways described and I have a deep conviction that there was a very good reason why this was the practice. It's not a matter of feminism, I'm not a feminist myself. I study theology and I'm from a Protestant country where the majority of priests are women. It could be very easy for me to join that faith and get a great job, but it is my belief that the OC is the true church and that it is not supposed to change from the original construction. I wish the OC would be open to re-create what has been lost - and not make something new or un-doctrinal. God bless.

Laura Lindegaard1/24/2019 3:25 pm
Dear Father Lawrence Farley
If, what was being requested was an actual reinstallment of the ancient practice as best we can recreate what we know was the practice, would you be open for that?
I'm a new convert to othodox Christianity and so far have found every piece of the theology to contain a deep truth. That was until I found out that there had been deaconesses and they served a vital role in the church. I'm not talking about them being equal to deacons in service, nor about it being a way to become priests, but it's the first time I see the practices of the church today being in contradiction to the ancient church. I joined the OC because of its faithfulness to the original church..TBC

Castrese Tipaldi5/4/2017 2:31 pm
Margot, are you aware that you literally does not know what you are talking about?

In case my severity here is judged unwarranted, I beg the blessing to be teached how someone who slanders the Fathers (writing also the word in quotes) should be defined, if not non-Christian.

Christian is as Christian does.
Baptism and the other Sacraments are not certificates of Christianity. God is not a bureaucrat.

Margot Fernandez11/21/2016 7:52 pm
Are you aware that St. Paul was not the author of several letters that are included in the New Testament? As for "the Fathers," they flooded the emerging Church with Platonic philosophy such as Dualism and distorted the message that was coming out of Jerusalem. I think that your theoretical assessment of deaconesses, or anything else, is in desperate need of reassessment as more knowledge of the early Church is acquired.

Let the feminists itches go where they belong: outside the Church!